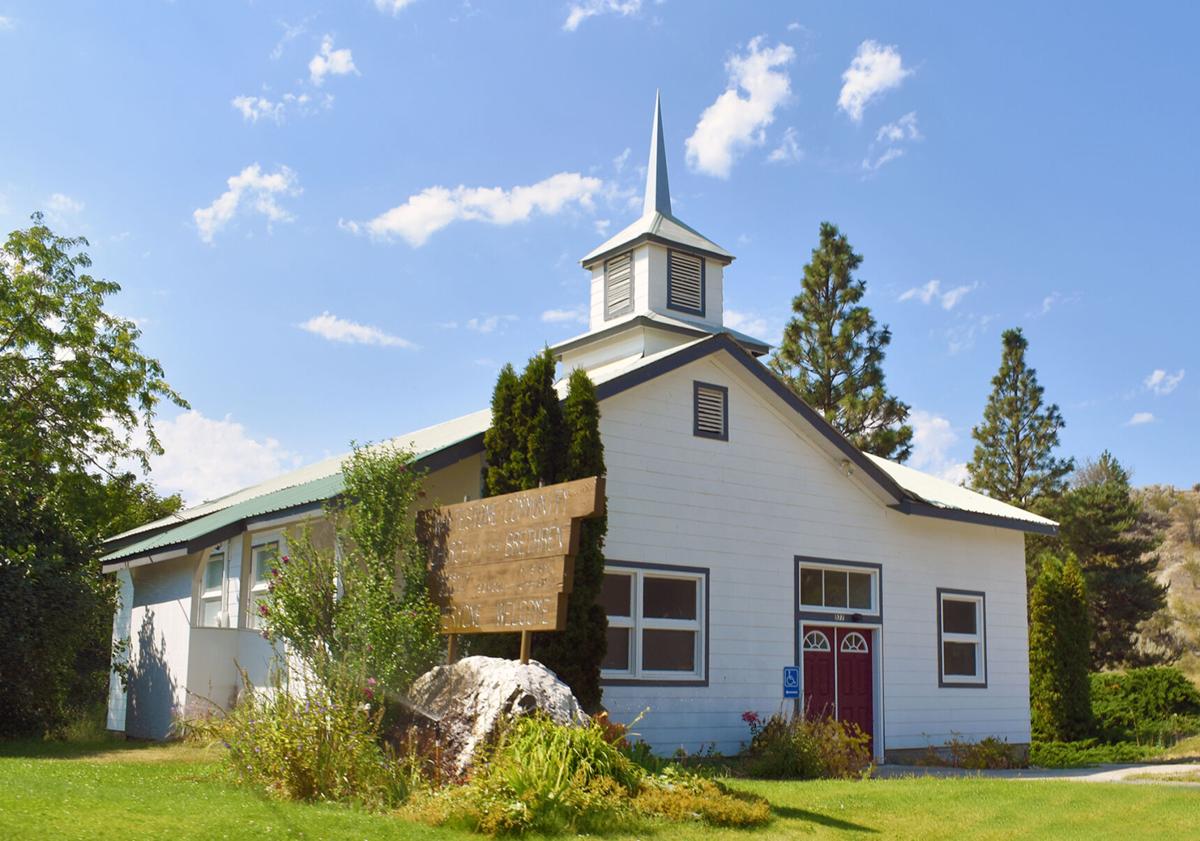 The Loomis area offers a post office, gas station and two churches, including the Whitestone Community Church of the Brethren. 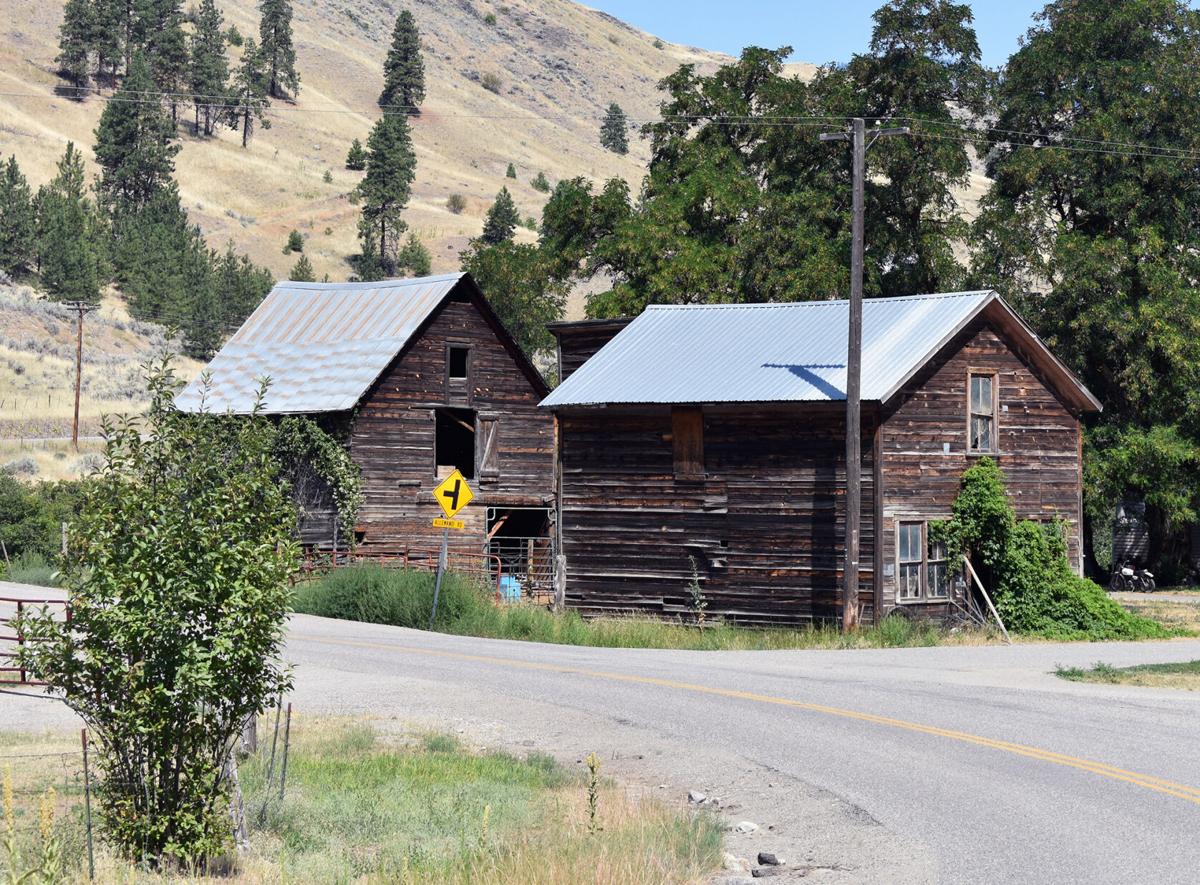 About 12 miles north of Loomis is the ghost town of Nighthawk, established in 1899. A few of the original buildings remain standing today. 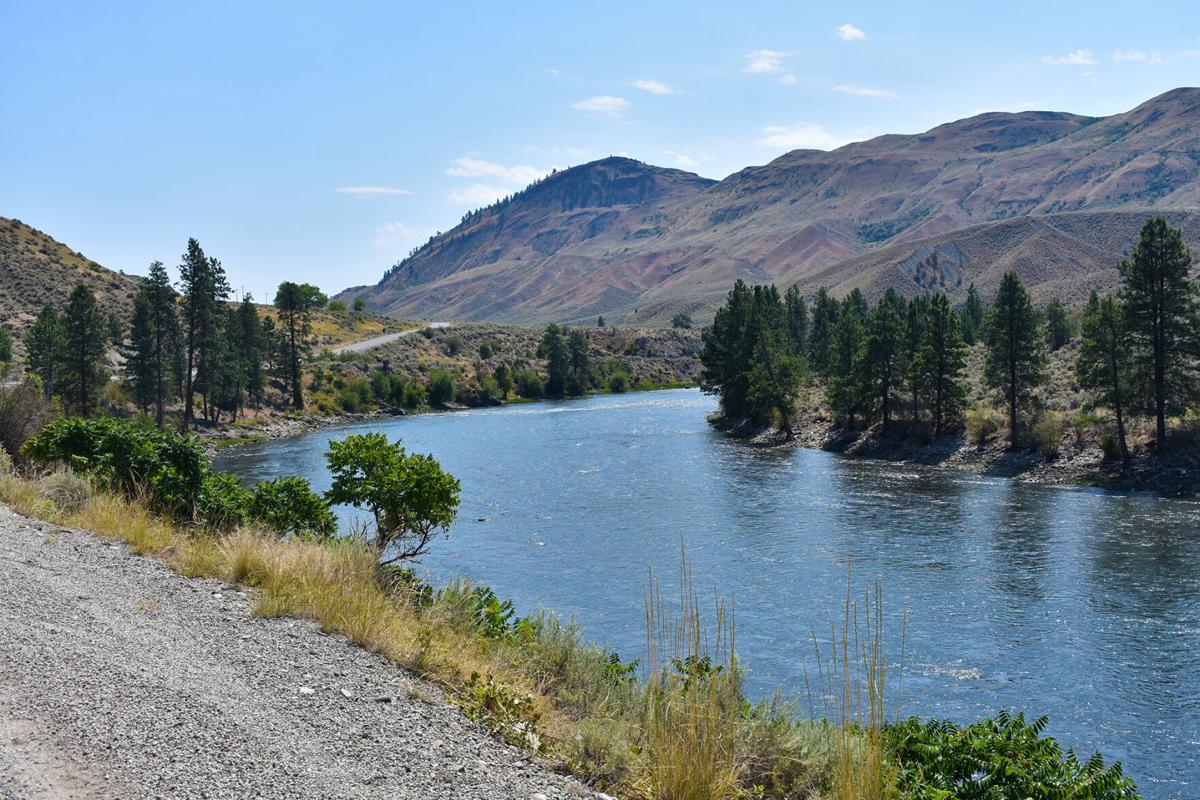 The Similkameen River winds along Loomis-Oroville Road west of Oroville. 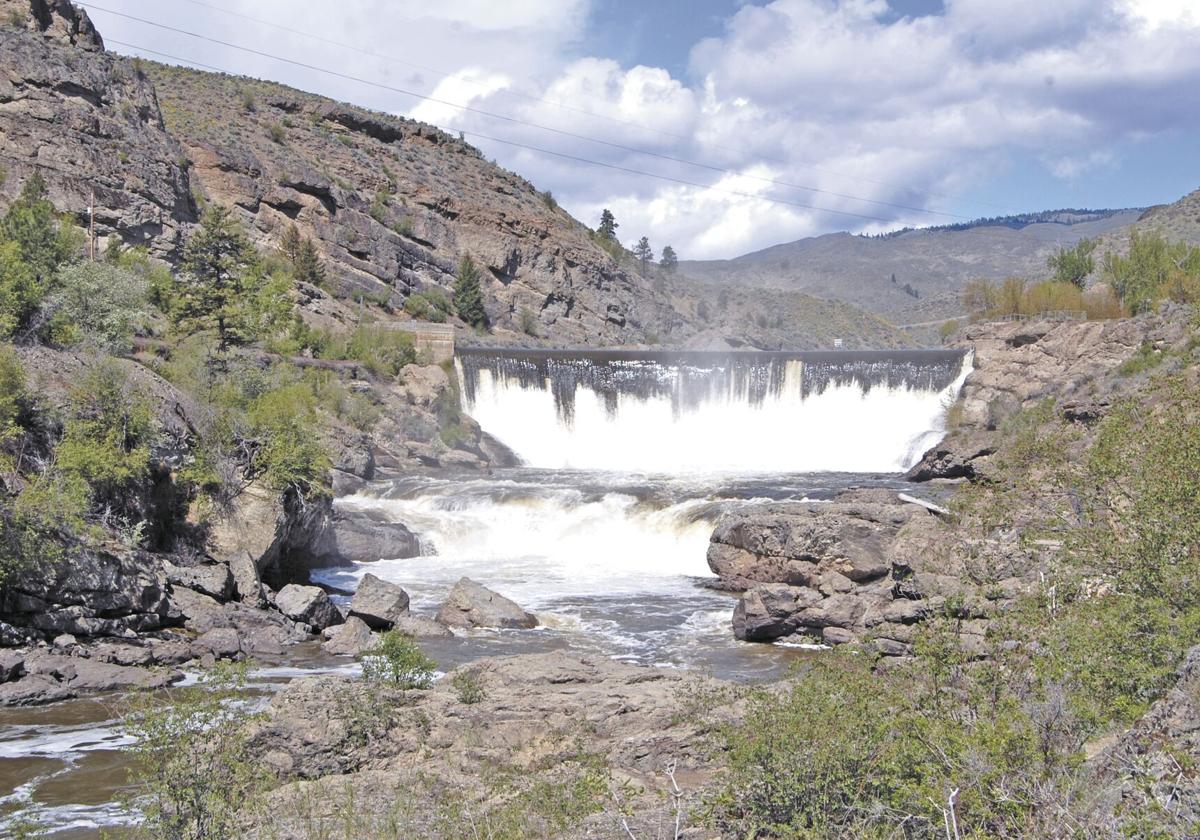 Enloe Dam, west of Oroville, offers breathtaking views as the Similkameen River gushes over the dam. 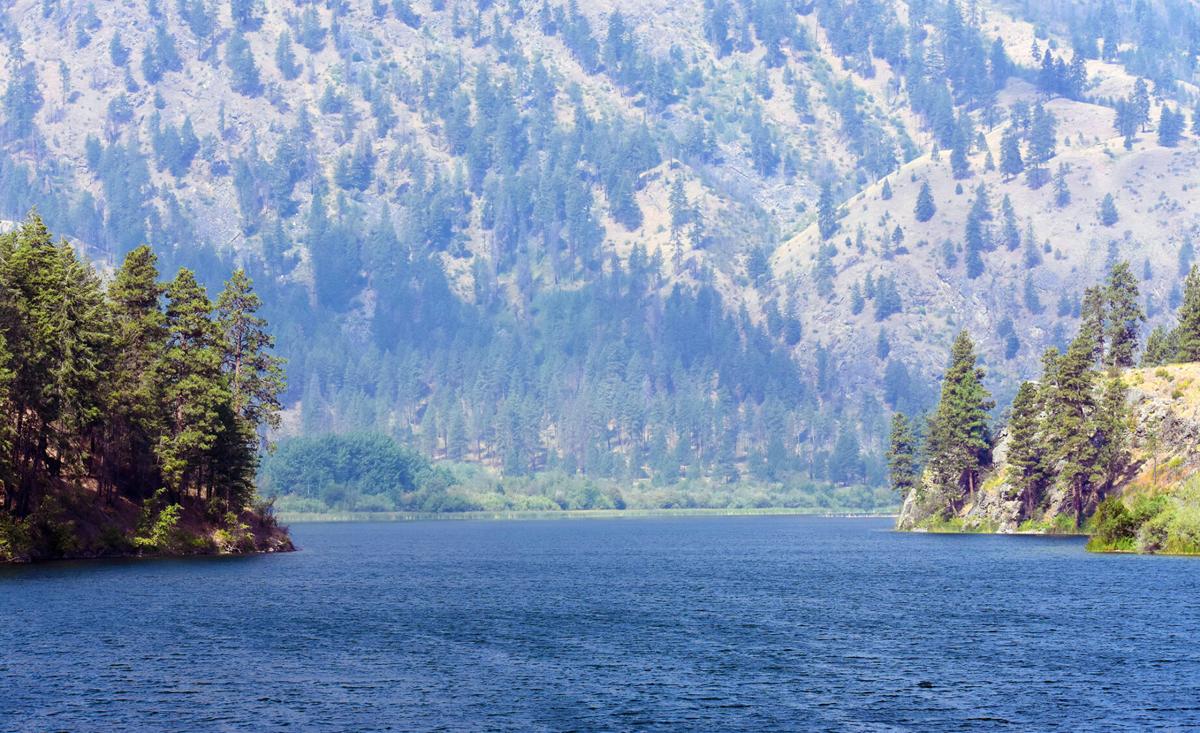 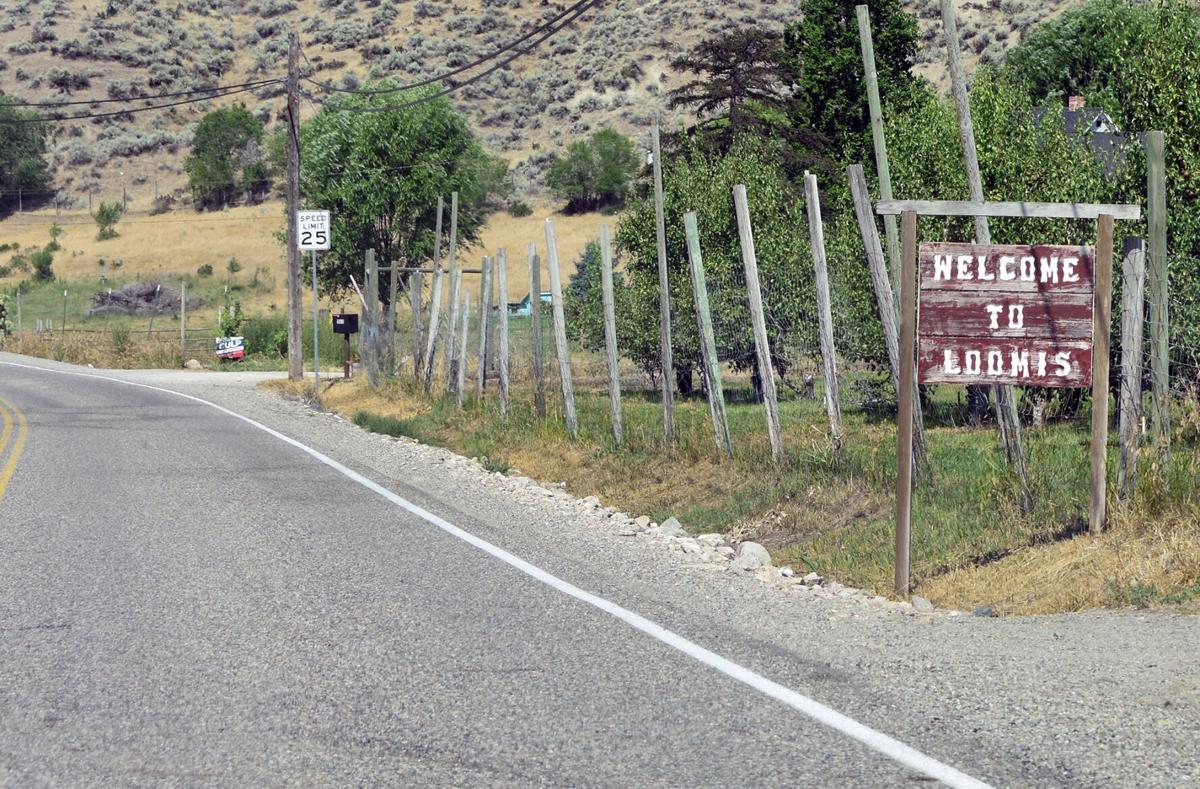 A sign along the road greats visitors to Loomis. 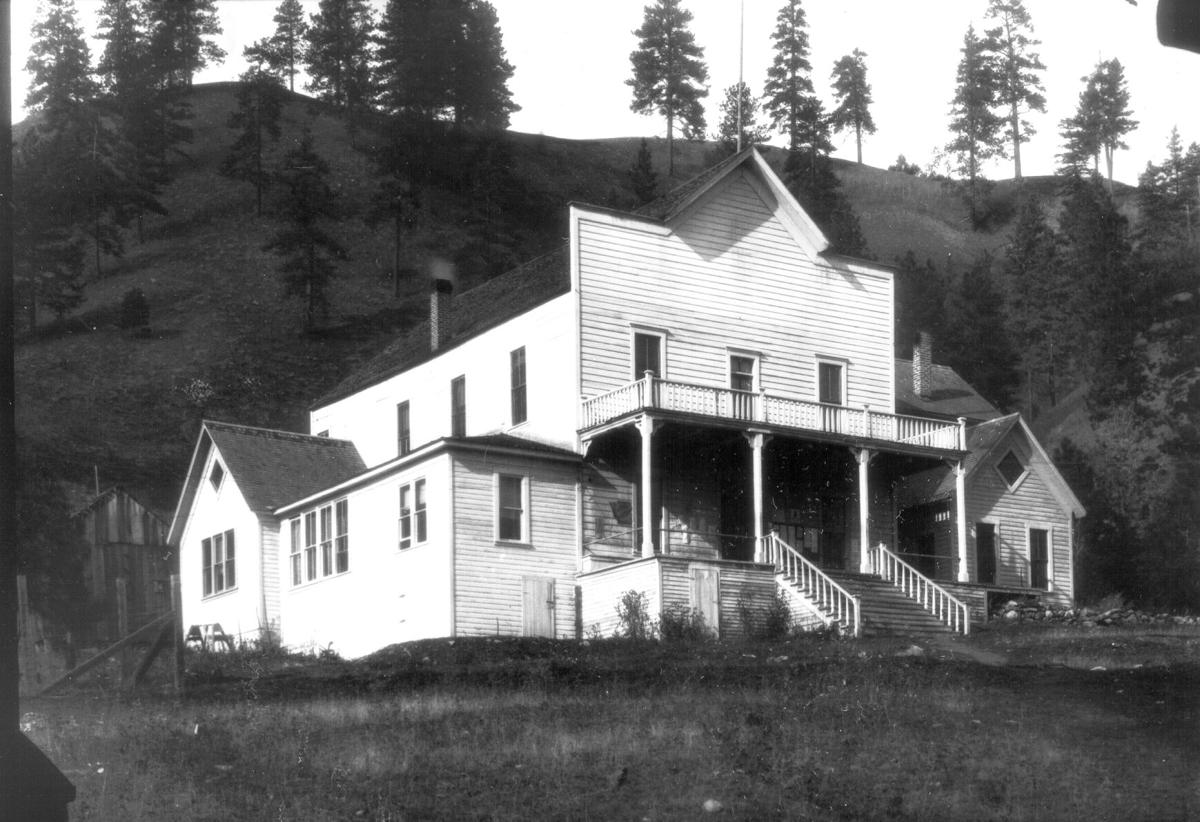 If you enjoy fishing and beautiful lakes, consider taking a central loop through the middle of Okanogan County.

The best place to start is Conconully, which sports two lakes — the upper lake, sometimes called Salmon Lake or just plain Conconully Lake — and the lower lake, referred to as Conconully Reservoir.

On Conconully Lake a boat launch, left high and dry in the past, has had gravel added to the water’s edge for easier launching. The lake normally covers 313 acres.

There is a wheelchair-accessible dock at the public boat launch — a fee is required for those with trailers — on the three-mile-long lake east of Conconully.

The lakes are planted especially heavy each spring since they are the most popular with tourists and residents alike. Deer often meander through the campgrounds early in the morning.

Conconully — originally named Salmon City after nearby Salmon Creek — was incorporated as a town Nov. 11, 1908, and continues to thrive as a tourist destination.

In May 1894, the town was devastated after a storm caused Salmon Creek to overflow. Debris-filled water more than 30 feet high rushed through canyons toward the town.

A resident witnessed the oncoming flood and rode his horse through town warning the residents. More than 42 buildings were destroyed, and one person was killed.

Though water levels continue to fluctuate at the Conconully Reservoir, anglers can expect rainbows and triploid trout.

The 450-acre lake is south of Conconully. It features several resorts and a state park.

The loop continues north past Sugarloaf Lake, which has a Forest Service campground and is a favorite camp area for deer hunters in the fall.

Continue north to Fish Lake, which continues to be one of the top waters in the county on opening day, with rainbows averaging 10-11 inches.

A quick side trip from Fish Lake takes you west on Pine Creek Road, where several steam engines at the Jones Ranch can be viewed along the road. The steam engines operated into the 1980s for annual threshing bees.

The loop continues north from Fish Lake into the Sinlahekin Wildlife Area (the road is temporarily closed). In the Sinlahekin Valley lies Blue Lake, a selective fishery.

The 14,000-acre Sinlahekin Wildlife Preserve is maintained to provide winter grounds to support deer and ground bird populations for the eastern Cascades and other nearby areas.

Forde Lake, built as an impoundment pond in 1949, has a small, public boat launching area next to the road.

Conner Lake, located near Forde Lake, covers 58 acres. Conner has no boat ramp because of weeds and brush, but access is possible for those with canoes, rafts, and float tubes.

Running throughout the Sinlahekin Valley is Sinlahekin Creek, which sports good-sized trout for anglers with gumption and guts - rattlesnakes like to slither among the trees and willows.

The creek runs northward parallel to Sinlahekin Road from Blue Lake in the Sinlahekin Valley to Palmer Lake.

From there, motorists can travel east to Nighthawk, or continue north on Loomis-Oroville Road.

Loomis, originally called “Loomiston,” was once a mining town.

One of the first settlers was J.A. Loomis, who built the first store in the community,

In 1886, the Colville Indian Reservation was opened and hundreds of residents flocked to Loomis. By 1891 the influx had turned Loomis into a boom town. Its three-block-long main street was lined with buildings, including a total of eight saloons and two dance halls, according to historians.

By 1893, the silver market declined and left the community struggling. In 1898, when interest in mining was revived, and by 1899 its population was more than 500. The market again declined, and many packed up their bags and left.

Today, Loomis is a farming and ranching community, complete with churches, a gas station and post office.

To the east, the loop turns at historic Loomis to 314-acre Spectacle Lake, which sports several resorts, and holds triploids and rainbows.

Farther down the road is Whitestone, a well-developed area with public access. The loop concludes by heading south on county Highway 7, before entering Tonasket.

If motorists want to extend the journey, consider heading north on Loomis-Oroville Road from Sinlahekin Road.

The road will parallel Palmer Lake — a popular destination for locals to cool off from the summer heat. There also is a public access with toilets and a launch.

About 12 miles north of Loomis is the ghost town of Nighthawk, established in 1899.

Some of the nearby mines include the Ruby, Six Eagles, Chopaka, Kabba Texas and the Night Hawk, which was named after the bird and the town for the mine.

The Bertrand Ferry was located near the townsite. Surveying and building of the railroad brought another boom to the community in 1905. The Nighthawk post office operated from 1902 to 1970.

The last store, post office and old hotel can still be seen, as well as the frame from the schoolhouse building. The town is now privately owned.

About 10 miles down the road you will come to Enloe Road, which is a short trek off the main road.

Enloe Dam, also known as the Similkameen Dam. Its power plant, no longer in use, is downstream from the dam.

Enloe replaced a wood crib dam built in 1903 by Hagerty and was completed a year after his death. The dam fed a generating plant in a wooden powerplant below the dam and falls.

Power went to the towns of Nighthawk and Oroville, and the nearby Owasco, Ivanhoe, Ruby and Canba mines. Attempts by Hagerty’s estate to sell the dam in 1913 met no interest, partly because of the poor state of the crib dam.

Enloe sold the dam and power plant in 1923 to Washington Water Power Co., which added a second penstock.

The dam was listed on the National Register of Historic Places in 1978 as an example of early power development in rural Washington. It’s now owned by the Okanogan County Public Utility District.

Continuing on Loomis-Oroville Road, you will end up in Oroville, which offers gas, food, lodging and shopping.

(Editor’s note: Some roads primitive, unpaved and have restricted usage. Check the Okanogan County Emergency Management county-wide advisory map — okanogandem.org — before planning your trip. A state Discover Pass may be required to park at some of the state sites.)