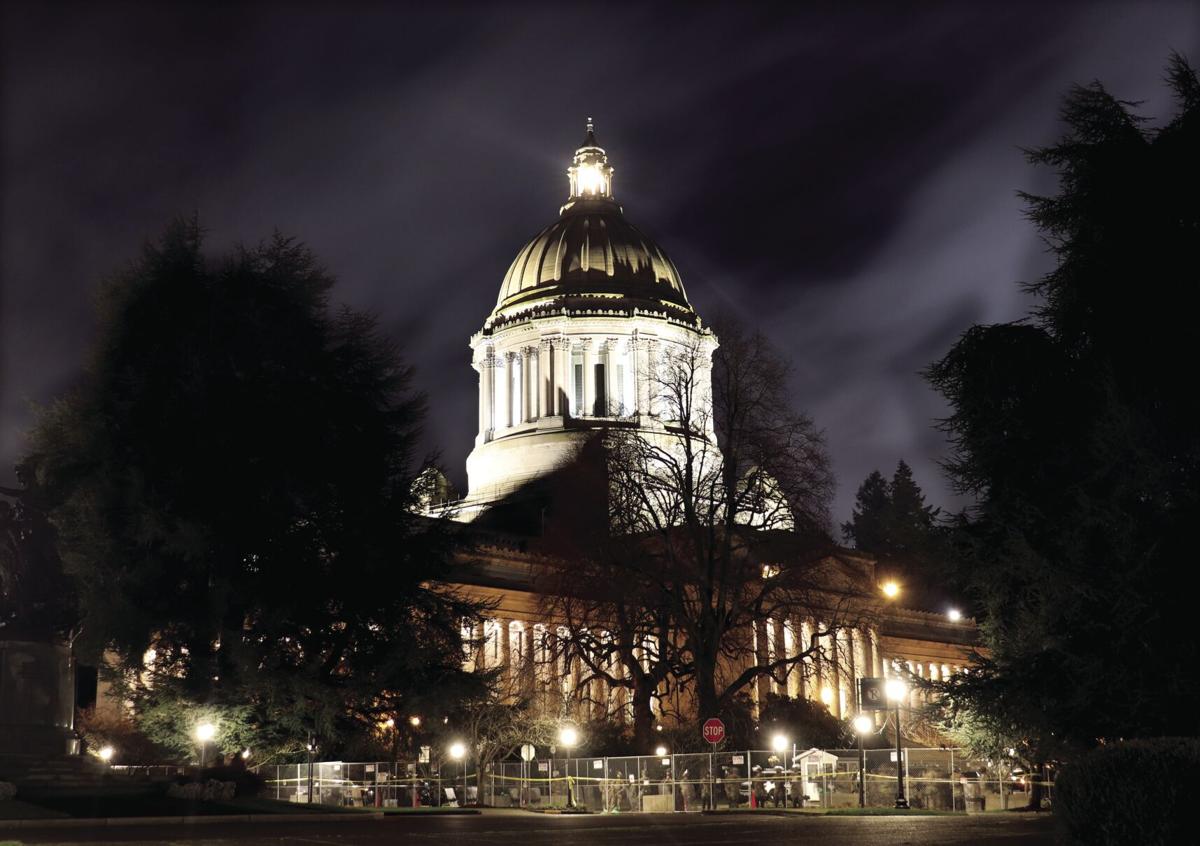 A fence and members of the Washington National Guard and Washington State Patrol protect the state Capitol Sunday night ahead of the Legislature’s opening dayxx, Jan. 11. 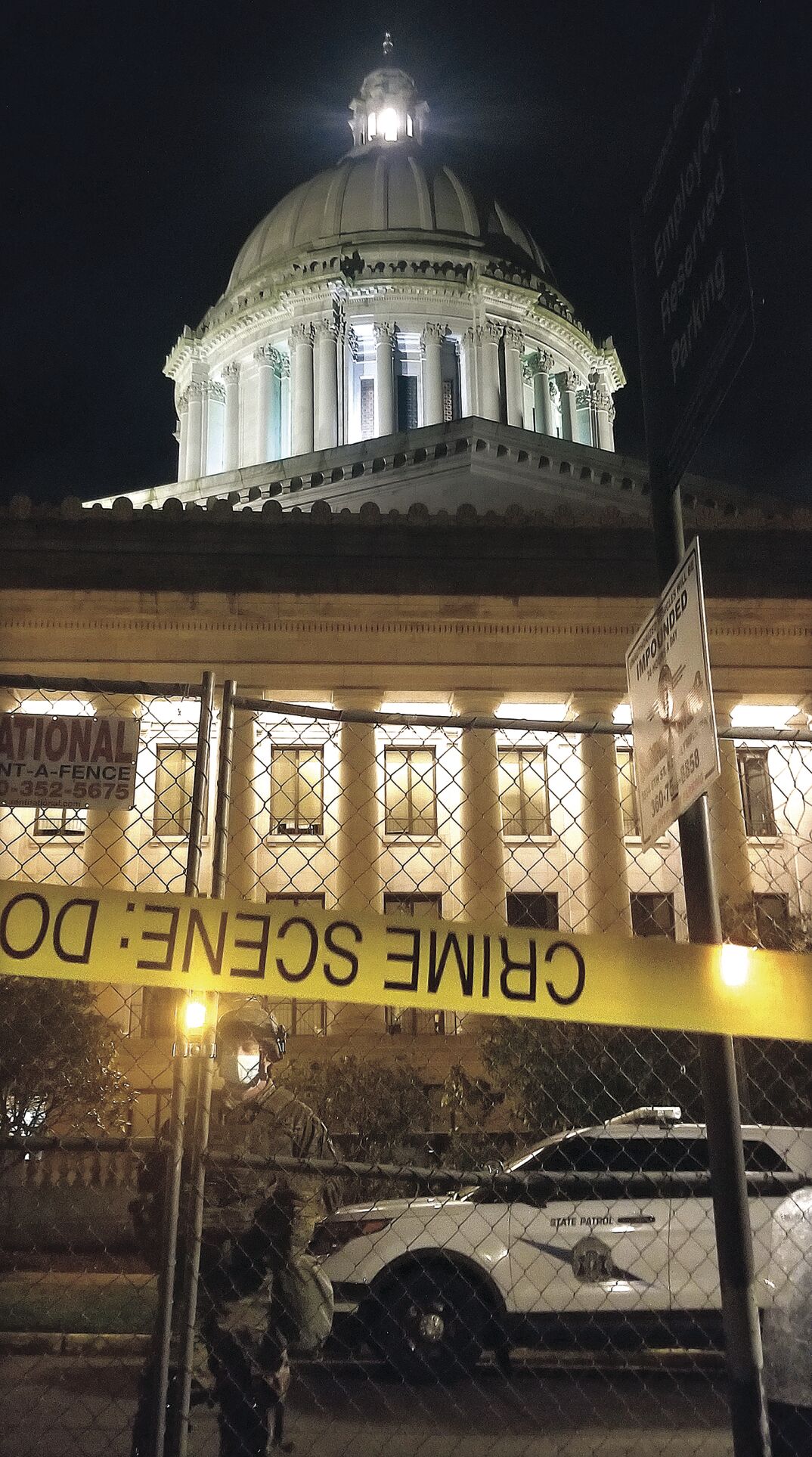 Crime scene tape covers a fence around the state Capitol the night of Jan. 10.

OLYMPIA — Increased security is now expected around the Capitol building in Olympia on Jan. 11 for the start of the 2021 Legislative session.

The decision to add security follows the storming of the Capitol Building in Washington D.C. and incursions onto the property of the Governor’s Mansion in Olympia Wednesday, where protestors forced open a gate and advanced to the governor’s mansion porch.

Gov. Jay Inslee on Thursday laid the blame for both events squarely at the feet of President Donald Trump.

“The president of the United States has continually fueled this insurrection with his outright deceptions, his deceit and his continued lies. I do not believe the United States can abide that clear and present danger even for another 13 days,” Inslee said. “He needs to step down, he needs to be removed.”

For legislators, the attacks meant solving security concerns so the session could start safely.

“We’re going to be committed to adequate security,” Inslee continued. “We understand the nature of the threat is significant.”

State Republican and Democratic leaders have agreed they should meet in person on the opening day of the Legislature, and all expressed confidence in the Legislative Building’s security. After the opening session, most Legislative affairs will largely take place online because of COVID-19 restrictions.

“It’s important for the public to see lawmakers do their work. We have to be able to manage this crisis as a democracy,” Dhingra said.

Sen. Shelly Short, R-Addy, said that the Legislature “can’t kowtow” to would-be disruptors and Jinkins added that they (legislators) constitutionally owe it to their voters to meet and start the session.

In addition to security concerns, Inslee also acknowledged he was bothered by the law enforcement response to Wednesday protests in Washington, D.C, as they provided a stark contrast to similar gatherings by Black Lives Matter protesters in past months where law enforcement had a heavy presence.

“I am very bothered by this,” Inslee said. “We need to get answers.”

Concern and shock over the events in Olympia and Washington D.C. are common themes voiced by legislators as they prepare for opening day.

“We never thought that what happened at our nation’s capital would happen in America,” said Dhingra. “And it did.”

Security for the start of the session has joined a myriad of issues at the forefront of legislators’ minds, which include budget increases, pandemic assistance, and healthcare improvements.

“Yesterday was a wake-up call for everybody,” Rep. J.T. Wilcox, R-Yelm, said Jan. 7. “Both in D.C. and state capitals all around the country.”