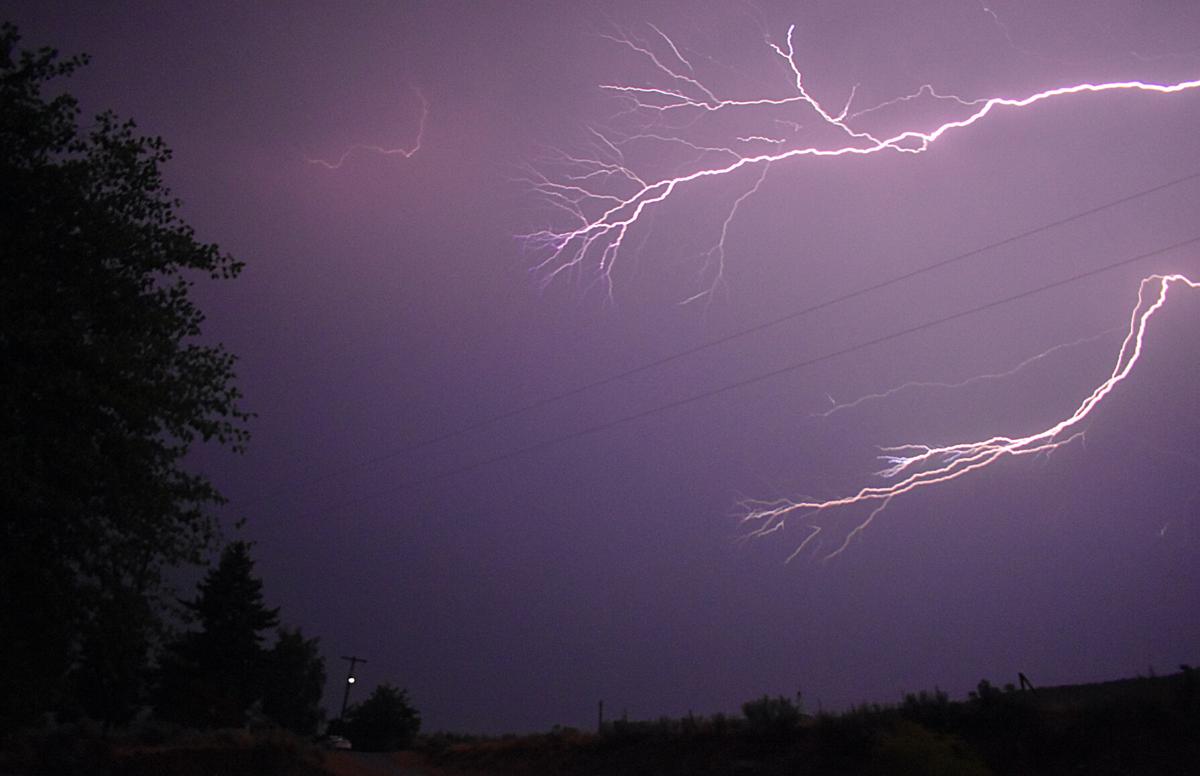 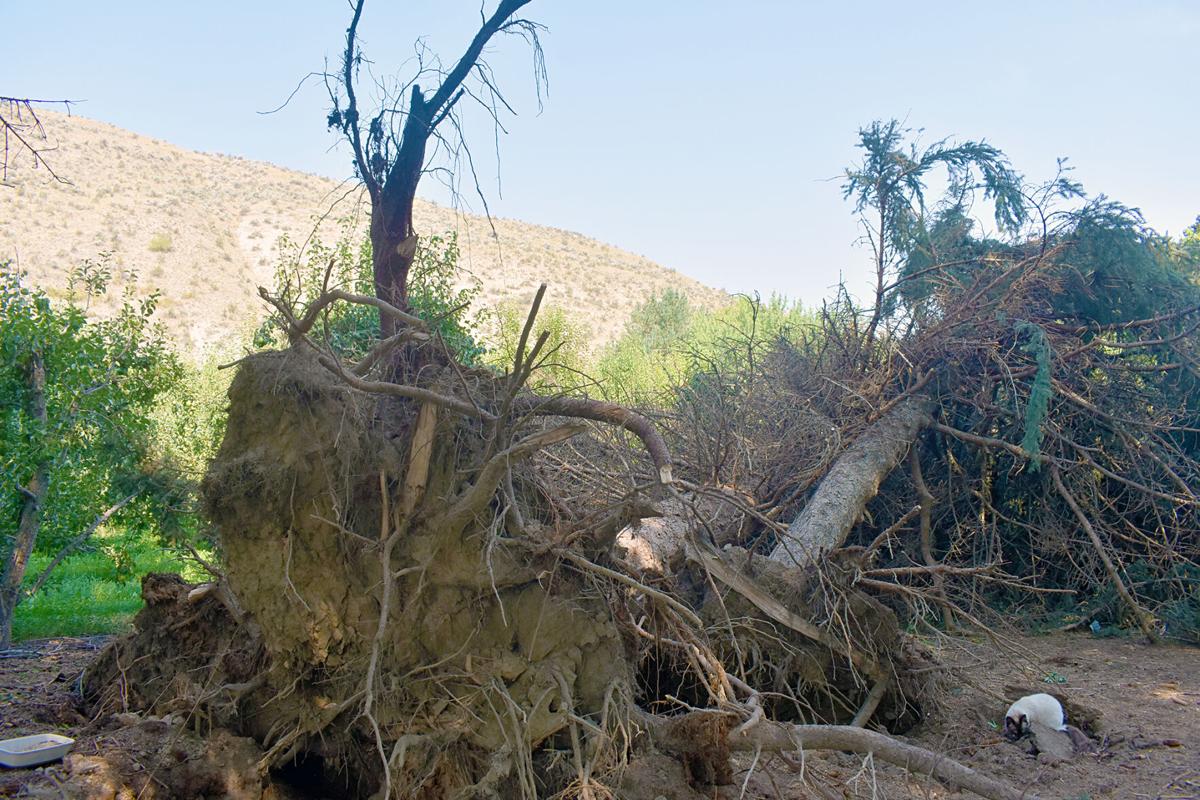 A pair of trees fell within a few feet of a home along Conconully Road.

Despite the downpours, the rain did little to help firefighters battling two large fires in the Methow Valley.

“Moisture from yesterdays rain will lead to muggy conditions early in the day,” said the U.S. Forest Service about conditions on the 52,030-acre Cedar Creek Fire burning west of Mazama and Winthrop. The lightning-caused blaze is 25 percent contained.

“While portions of Winthrop and Twisp received significant rain, weather stations within the fire perimeter did not,” said the Forest Service of the Cub Creek 2 Fire north of Winthrop.

That blaze had burned across 58,697 acres of land as of Wednesday morning, with 24 percent containment.

“Max rainfall was 0.06 inch with some stations reporting zero precipitation,” said fire officials. “This rain event is not expected to have a significant impact on the Cub Creek 2 Fire.”

The storm blew into the mid-valley area between 7 and 8 p.m. Tuesday, interrupting satellite television signals and knocking out electricity to some areas. Lightning strikes also touched off several fires.

Crews from Fire District No. 3 (Okanogan, Malott and Omak) were called to the area of Highway 20 milepost 225 – Pleasant Valley west of Okanogan – for a blaze that took off up the hill in sage and grass. The state Department of Natural Resources initially didn’t have a crew available, but later arrived to take over from local crews.

Fire District No. 6 (Methow Valley) responded to a strike at Davis Lake off Upper Bear Creek Road and another near Lost River, Mazama.

Okanogan County Public Utility District crews also spent Tuesday evening and into Wednesday in the elements, as electricity was knocked out in several areas.

A tree fell on a line in Pleasant Valley after 8 p.m. Tuesday, cutting power to that area and areas around Malott.

Early the next morning, the utility reported working on restoring power to an area outside Okanogan near the Washington State Patrol building. A pole had to be replaced.

As of about 2:45 a.m. Wednesday, power had been restored to most areas. Crews planned to continue making repairs later into the morning.

Some areas of Okanogan County reported heavy rainfall and wind, while others had dry lightning only.

Gusts as high as 46 mph were reported at the Omak Municipal Airport just before 8 p.m. Tuesday, with sustained southwest wind at 22 mph. An hour early, winds were calm and from the north, according to the National Weather Service.

The storm, which downed trees, moved into Ferry County after cutting a swath across Okanogan County.

A tree fell through a porch on South Third Street, Brewster, damaging it but sparing the house, according to Brewster Police reports.

The sheriff’s office received reports of a tree down on a power pole on Twisp-Carlton Road, Twisp, several fires and a transformer and pole fire on South Van Duyn Avenue, Okanogan.

In Omak, a tree limb fell onto West Bartlett Avenue, and a tree fell onto the southbound lane of North Ash Street at West Cherry Avenue.

A heat advisory is in place for much of eastern Washington and northern Idaho through 11 p.m. Wednesday. The weather service predicts “dangerously hot conditions” with afternoon temperatures in the high 90s to 105 degrees. Wildfire smoke could reduce temperatures somewhat.

The storm also pummeled the Cascade Mountains between Highway 2 (Stevens Pass) and Highway 20 (North Cascades), according to lightningmaps.com.