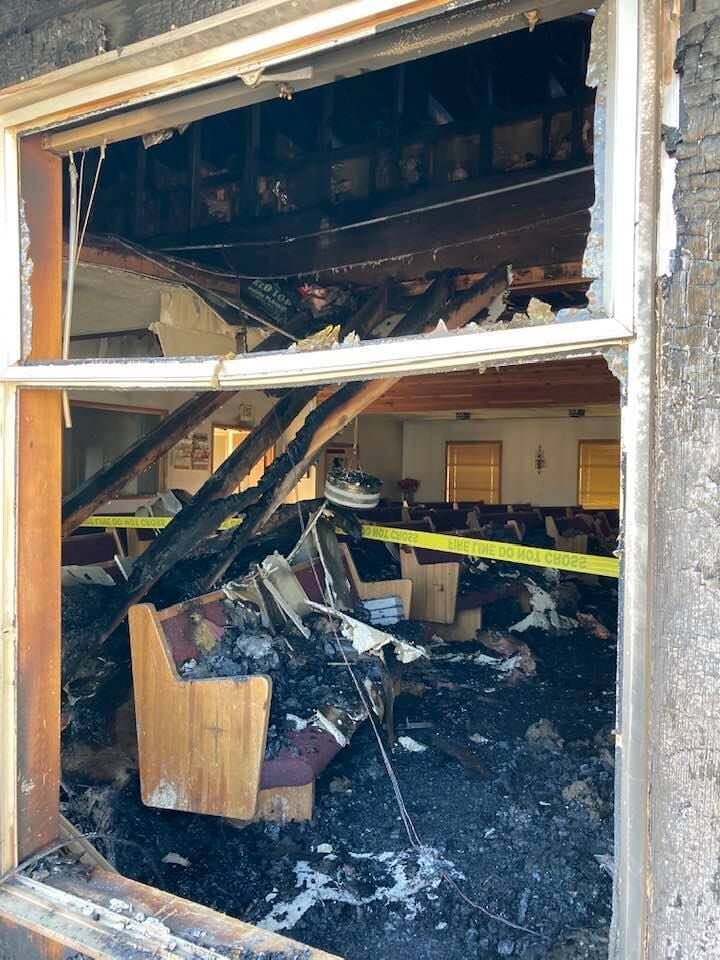 BREWSTER – Fires that damaged two churches Sunday morning are being investigated as suspicious in origin.

Causes of both fires are under investigation as suspicious, he said.

“The Brewster Police Department is actively conducting the origin and cause in both cases,” said Marcos Ruiz, police chief. “These investigations are ongoing.”

He said the Catholic Church fire has been ruled intentional.

Gamble said firefighters were called at 2:35 a.m. Sunday, Nov. 15, to the Baptist Church and found “quite a bit of fire to deal with.”

The sanctuary suffered the most damage, with fire breaking through the roof, and the rest of the large building sustained smoke and water damage, he said.

Douglas-Okanogan Fire District No. 15 sent units from Brewster, Pateros and Methow to assist, and Brewster Ambulance also responded. In all, two dozen firefighters were on scene.

They did a great job of containing it to the north end” of the building, Gamble said. “It took us probably until 7 a.m. to … knock it down.”

Just as firefighters were wrapping up at the Baptist Church, a call came in at 7:05 a.m. to the Catholic Church.

The building sustained very little damage, plus smoke in the building, Gamble said. That fire also appeared to start in the sanctuary.

Pastor Corey Higdon said insurance adjustors were on scene at the Baptist Church on Monday morning.

The building “sustained a lot of damage, but praise the Lord no one was injured,” wrote his wife, Cindy L. Higdon, on Facebook. “My husband and I are very thankful for the firefighters who spent many hours fighting the fire. We are also thankful for our local police, who are putting in hours of investigation.

“Our community has been very thoughtful and concerned for us as a church,” she continued. “We have received many offers from other churches to use their building if we need a place to meet, from individuals that would be willing to help in any way they could To this, we say thank you.”

No injuries were reported at either fire.