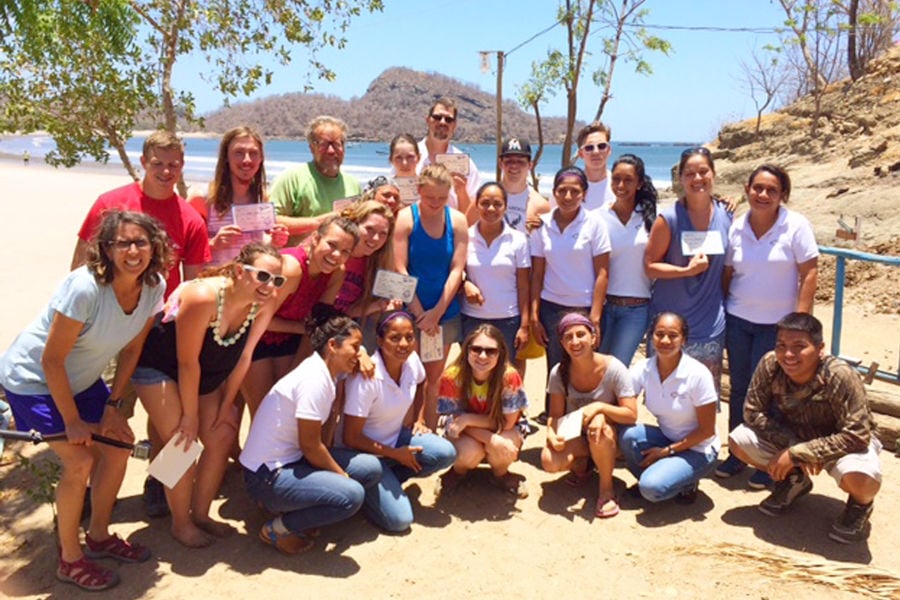 The team of 12 students and six chaperones poses on the beach. 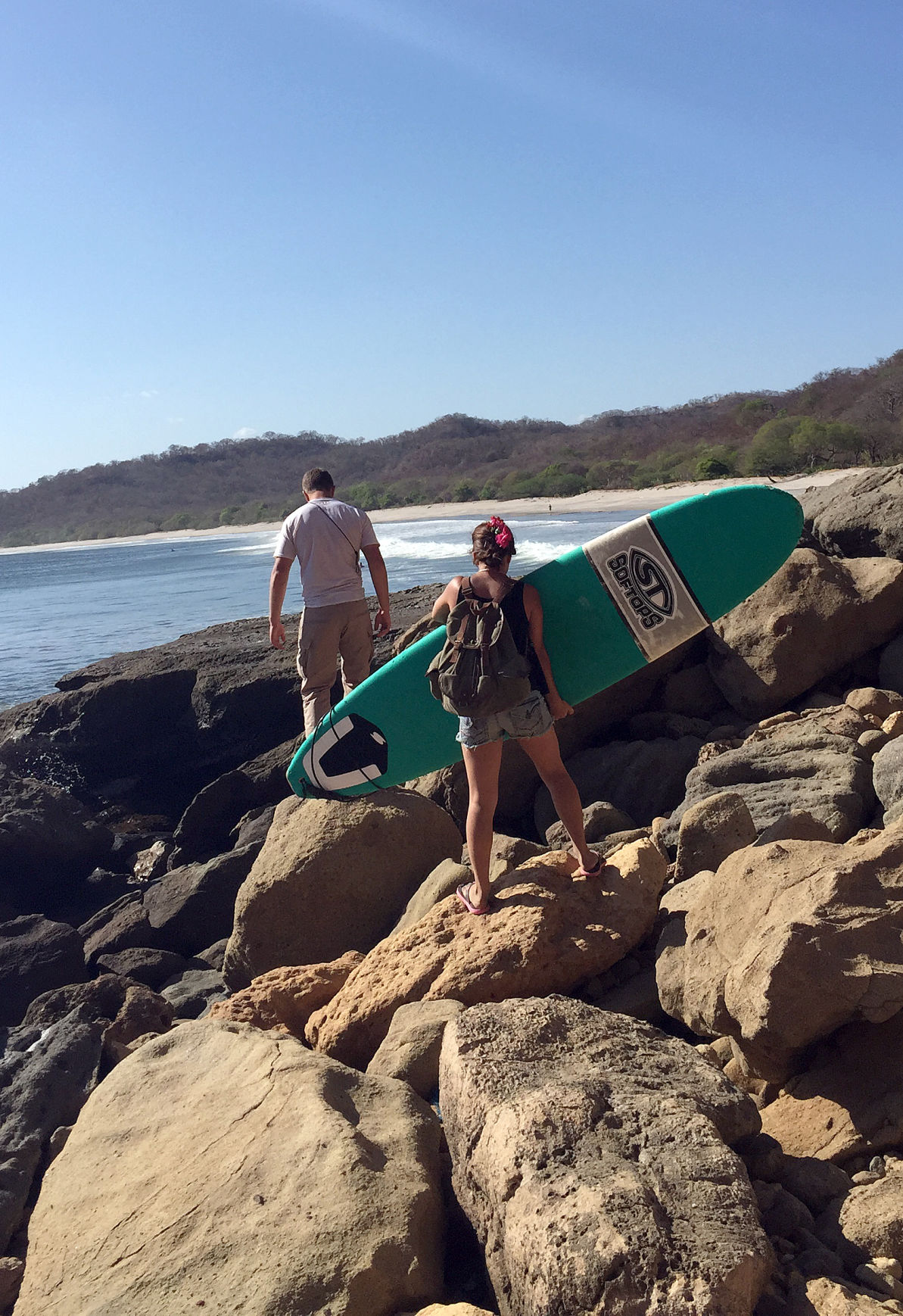 Students catch some waves in Nicaragua.

The team of 12 students and six chaperones poses on the beach.

Students catch some waves in Nicaragua.

Simmons said the goal was to improve the students’ Spanish, experience another culture and make friends.

Speaking only Spanish was a challenge, as many people in Nicaragua did not speak English, the students said. In one hostel, they found a 9-year-old tutor, who had learned English from the hostel visitors and whose family spoke only Spanish.

Junior Brandon Landers said his biggest challenge was attempting to speak Spanish while being fully immersed in Spanish culture.

For others, the people and the sites were outstanding.

“Being able to watch the beautiful sunset every night was an outrageously awesome part of the trip,” senior Russell Daffern said.

Junior Shyanne Steele and two others reached the top of Concepcion volcano, fighting strong winds and being exhausted when they reached the top. And then they napped.

The students also made friends among the natives, especially the children of the families with whom they stayed.

“All of the children were so adorable, mature and nice,” senior Diane Hilderbrand said.

Many people were poverty-stricken and underfed. Even the animals were skinny, the students said.

“Although the locals were poor, they were happy and friendly people all the time. They made the most out of what they had,” Landers said.

Some of the students are already planning a “10-year Nicaragua reunion.”

“After I came back, traveling the world could not leave my mind,” Daffern said.