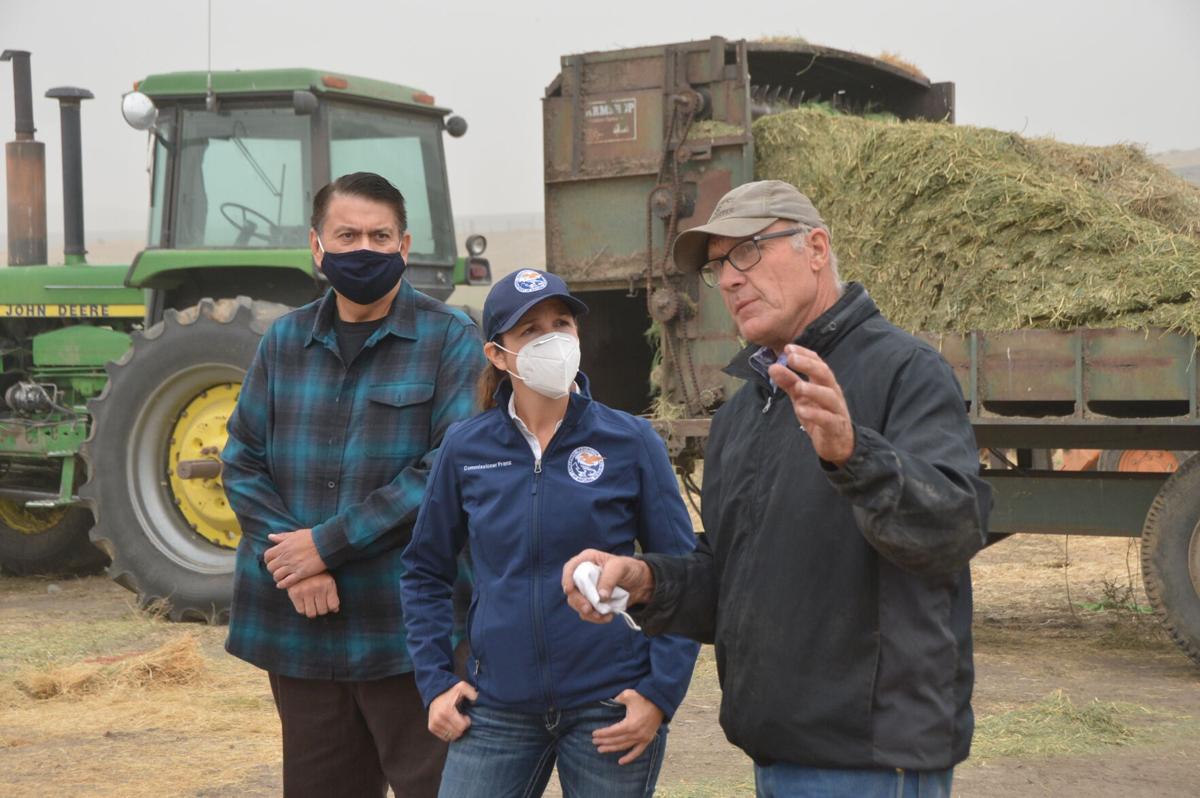 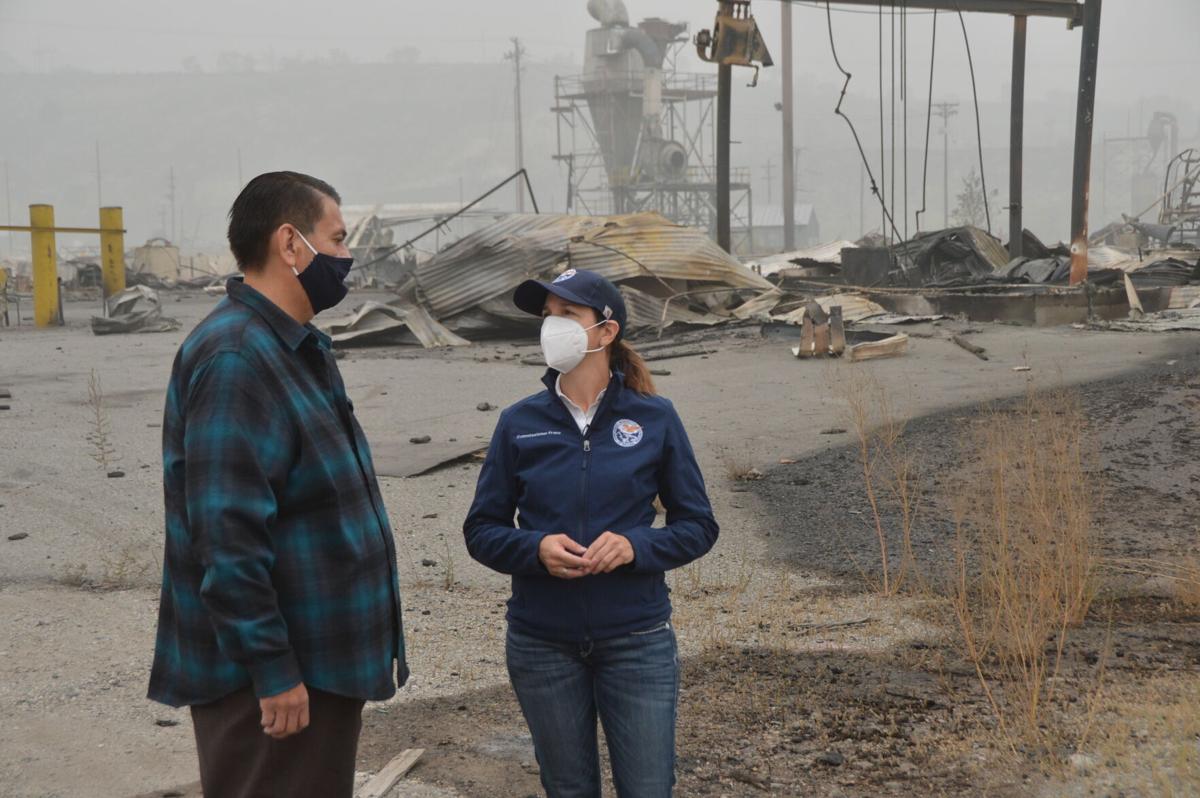 Franz, during a pre-tour press conference, called the Type 3 incident management team “heroes” for its work on the blaze that had blackened 188,852 acres in Okanogan County to that point.

She said the incident team had to do a complete inventory in the dark because electricity was out.

In an interview later, Franz said it was “pretty palpable the amount of destruction” in the fire area and the air quality was “blinding.”

The past week, with fires burning all over the state, “has been unbelievably destructive,” she said, noting that in a 72-hour period more than 600,000 acres burned across the state.

Okanogan County has experienced “horrible tragedy” in the past few years with fires, flooding and the deaths of three firefighters in the 2015 Twisp River Fire, the death of Okanogan firefighter Christian Johnson last year in the Spring Coulee Fire and the loss of 22-month-old Uriel Hyland in the Cold Springs Fire.

The county has faced “one challenge after another,” but is very resilient, she said.

Unfortunately, people tend to forget over time, she said, adding that “we have to stop turning a blind eye. We have to be investing in (firefighting) resources at the local and state levels.”

Winds fanning the blaze in its initial stages gusted up to 55 mph, Kiefer said. The fire went from the north end of Cold Springs Road to the Columbia River in just a few hours.

Colville Business Council Chairman Rodney Cawston said the past week has been “probably one of our busiest weeks” since he’s been chairman. He said he visited homes in the past couple days and noted some people had only 10-15 minutes’ notice before they had to evacuate.

The fire’s roar was loud and destruction was widespread, he said. Metal poles melted.

“We have a lot of work to do to rebuild,” he said.

After the briefing, Franz and the others traveled to the Townsend Ranch off Cameron Lake Road east of Okanogan.

Ed Townsend, who’s also the Fire District No. 8 chief, said at the start it was “a grab-and-go fire.”

He showed a photo on his phone of the flames coming toward him.

Townsend said a lot of Cameron Lake residents ended up at his place by default. He has a sign by his driveway saying, “Ice, Water, Generators for loan.”

“This was an apolitical fire, it got everybody,” he said, noting it wasn’t the area’s first major fire.

Residents met Sunday evening, Sept. 13, to talk about the fire, with Townsend telling Franz that the smoke was creating stress for those working to pick up the pieces of their lives.

He put out a plea for hay, since many farmers lost both their pastures and their stores of hay for the coming winter. Six or eight major ranches will need some six to eight tons of hay a day to feed cattle until Christmas.

Townsend referenced the 2014 and 2015 fires and said, “We’ve got a lot of practice with these. We fell back to recovery mode. We don't have to reinvent the wheel.”

He told Franz the area is in the middle of a cow-killing drought and if ranchers have to liquidate, it will affect the county’s tax base. Most burned-over ranches suffered 100 percent loss.

In addition, crews were out putting down wildlife - severely injured animals, he said, and added that he’s worried about deer and bear.

He said he has cattle in pens, with those with minor damage in one pen and those with severe damage in another.

“We need action,” said Franz, who noted her father was a rancher.

Donations go only so far, but some help is on the way, said Townsend.

Rodney Cawston said some people south of Townsend’s ranch lost everything. Fences are down and he’s unsure how many homes were insured.

Townsend was helping others fight the fire and was not home when fire swept through his ranch.

Tribal member Andy Joseph started the East Side Park briefing with a prayer.

-The Chronicle’s Dee Camp contributed to this story.