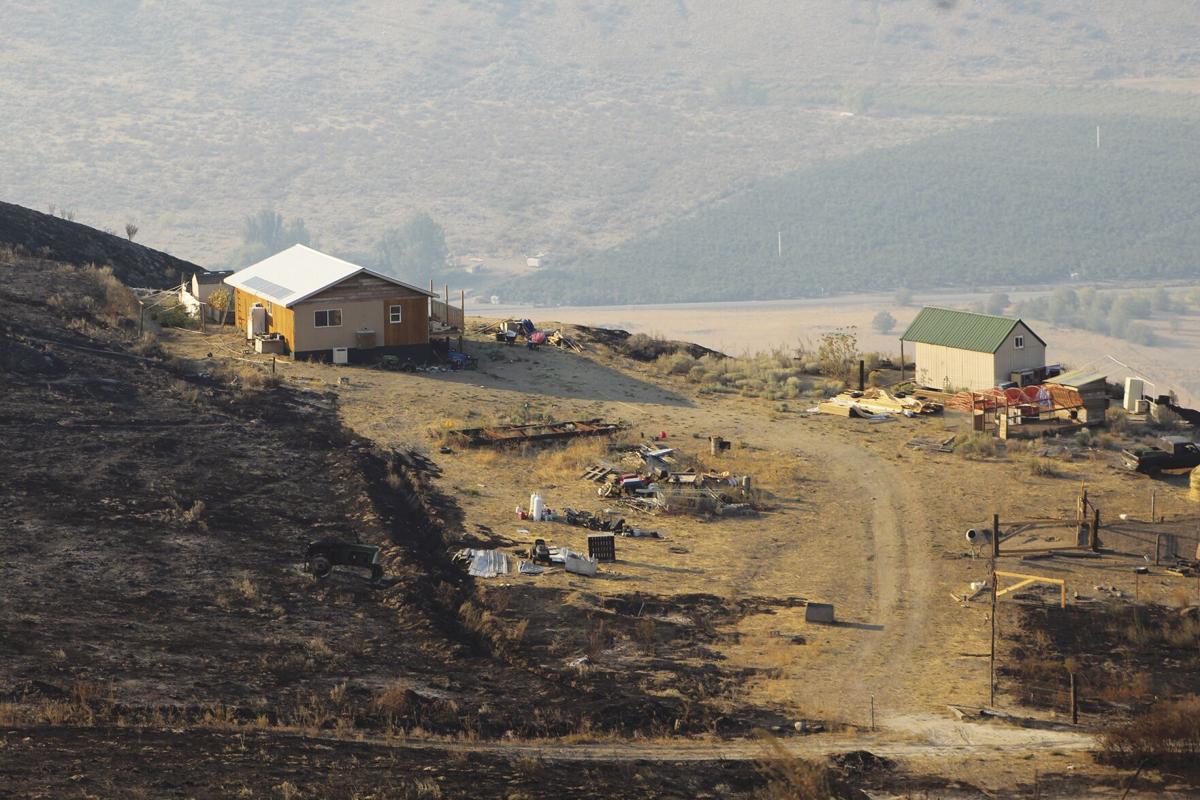 Fire burns all around the home of Stephanie Bedard’s dad east of Malott. 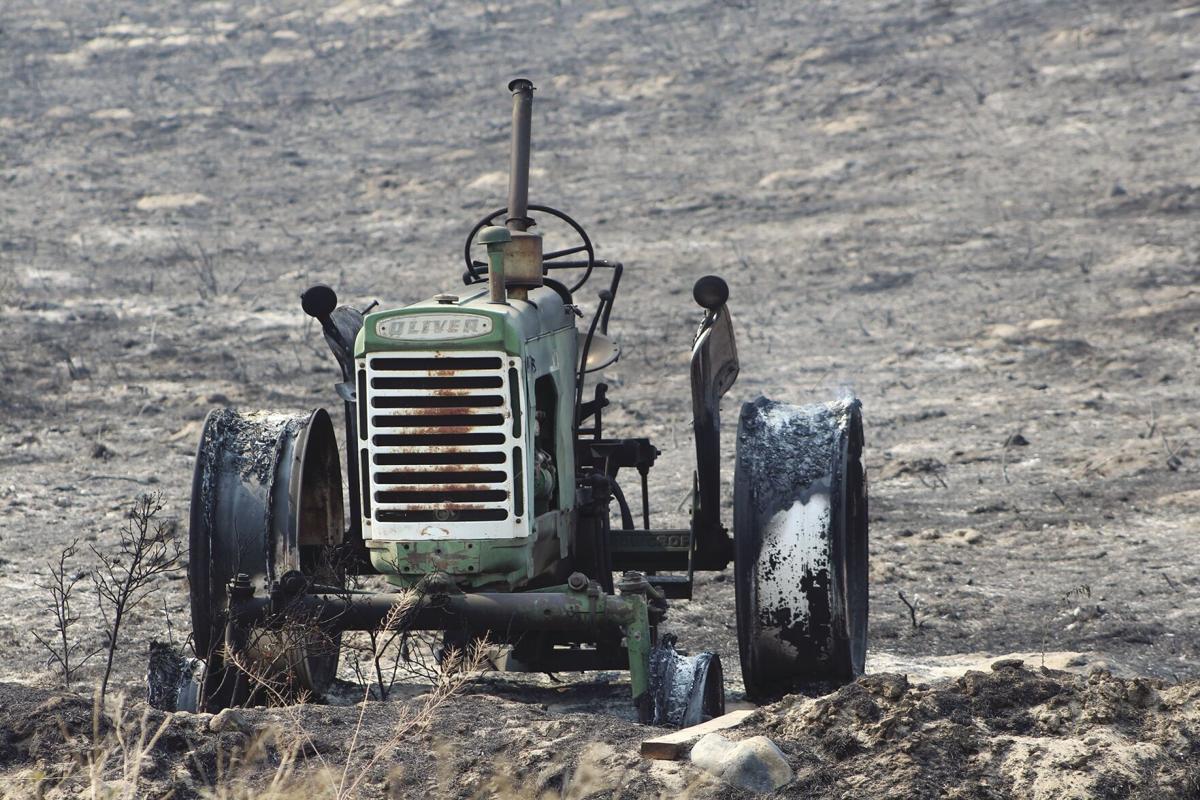 Tractor’s wheels are burned off.

Fire burns all around the home of Stephanie Bedard’s dad east of Malott.

Tractor’s wheels are burned off.

Editor’s note: The home of a Colville Indian Reservation resident named Mike, who asked that his last name and location not be used, was in the direct line of fire from the Cold Springs blaze. His daughter tells his story.

OKANOGAN – Sunday night, Sept. 6, I, along with my daughter, husband and a family friend went up to my dad’s to help him pack and load animals after I saw a post on Facebook about Cameron Lake Road.

We watched the fire from his porch all night long as it would come closer, then the wind would switch directions, the glow getting brighter then dimming.

You could see the glow of orange over the ridge to the east. In the morning we brought everything down, and he stayed to see what would happen. At 11 a.m. the neighbor below drove up and told him they were put on a Level 3 to evacuate. So he headed to my place in Omak.

Monday late afternoon we drove up by (Curtis) Sheep Slaughter hill (Highway 20 southwest of Okanogan) to look across and try and see his house across the valley north of Malott up the hill. What we saw tore us apart. The fire was coming at his house from three different directions, one line of flames was just a quarter-mile away, if that, coming down toward the property.

We went back to my house all but positive the next day we would return to look and the house would be gone. There was no reason for it still to be standing after what we saw.

Tuesday morning, we drove back to sheep slaughter hill to see and come to terms with what we knew would be the end of his home. The smoke was so thick we could not see a thing.

We drove down through Malott and found a spot just north of it on Old Highway 97. Again, we could not see anything but then slowly the smoke started to move away a bit, and we saw what at first we thought was his house, but the realized it was his shed.

Finally, we were able to make out the shadow of his house. It was still standing! After some laughter, tears and an emotional hug on the side of the highway, we decided to see if they would let us through the barricade on the highway.

They did. On the way up, there was a power pole on the road to his place that was on fire, but still standing. It was gone when we came back and we barely fit under the wires that were lying across the fences.

As we reached his place the first thing we saw was that the two round bales of hay he had just purchased were still there, as were my daughter’s truck and the chicken house. It was scorched all around us as we headed up.

Sadly, as we rounded the bend, we saw that my aunt had lost her house that was on a small corner of my dad’s property. It was absolutely heartbreaking. Next to it was also my dad’s well house, which was also lost, and will need some rewiring.

We look to the right and were floored. Besides the well house across the road from his place, all he lost was a water shed, a shed up the hill and the tires off his new tractor.

I cannot explain what happened, and only pictures can even just barely show it. But for some reason, the fire literally just stopped at his property directly around his house and buildings. No rhyme or reason outside of the fact that he had cleared brush away and had his goats up all summer eating around his place - and what we believe is someone watching over him.

One would have thought maybe a fire truck had been up there, but there were absolutely no tracks but the ones from my car, the tracks my dad made on the way down and (ones from) a neighbor’s truck farther back.

Also, the neighbor below him had had told us no one went up there.

A hot shot (firefighter) had been to his place, and tried to make a fire line, but no one went up. That road is nasty even in the best conditions to travel.

My dad had to put out a couple of hot spots, but that was it. He had a couple of guineas and his roosters that we had been unable to catch when we left with all the other critters, but they were up there just fine and had hunkered down in the goat house.

It was something else, and he is just beyond grateful to still have his home. He has no water and so will need to stay with us as he waits to be able to afford to get things rewired, and to get water tanks and all.

But compared to what some have lost, we will take it. My aunt was not in the area due to health and was living with their other sister. Her place, unfortunately, was a total loss and was uninsured.