Starting at
$22.00 for 90 days
Get Started
View all rates
You have permission to edit this article.
Edit
Home
News
Sports
Announcements
Lifestyle
Obituaries
Events
Special Sections
Opinion
Multimedia
Classifieds
Contact Us
E-edition
1 of 6 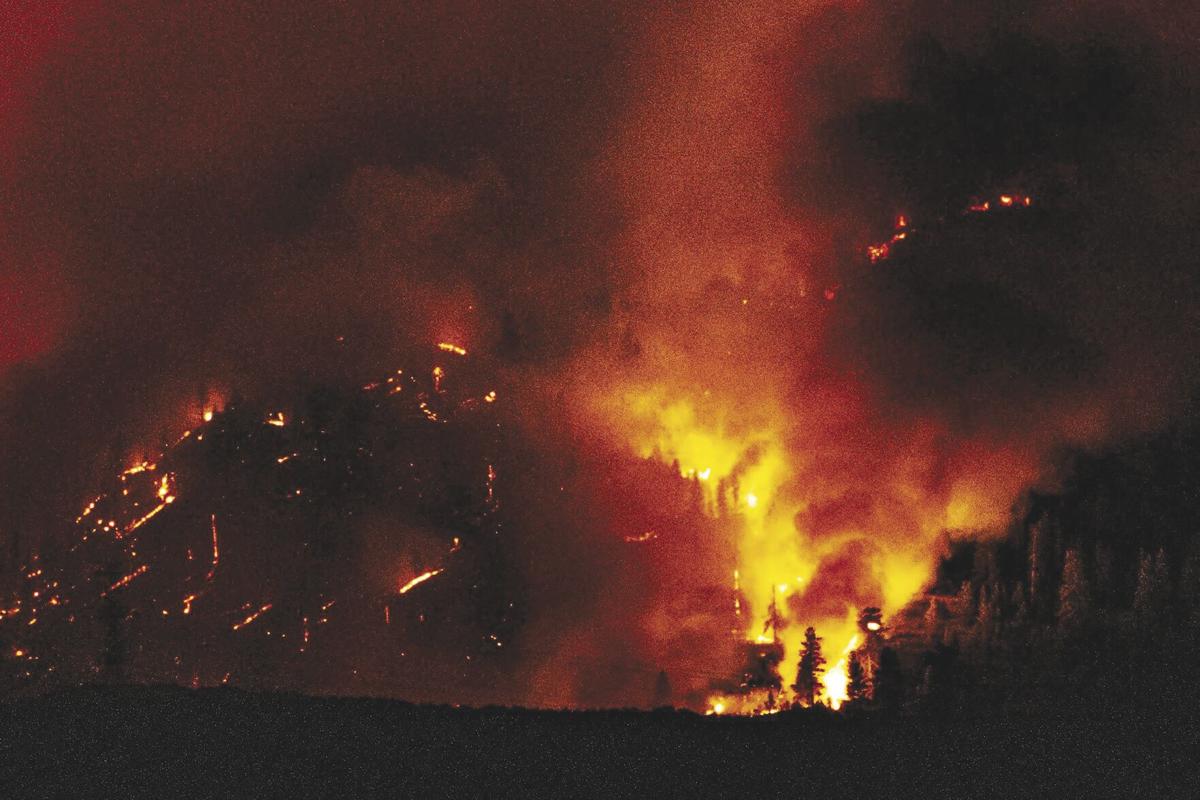 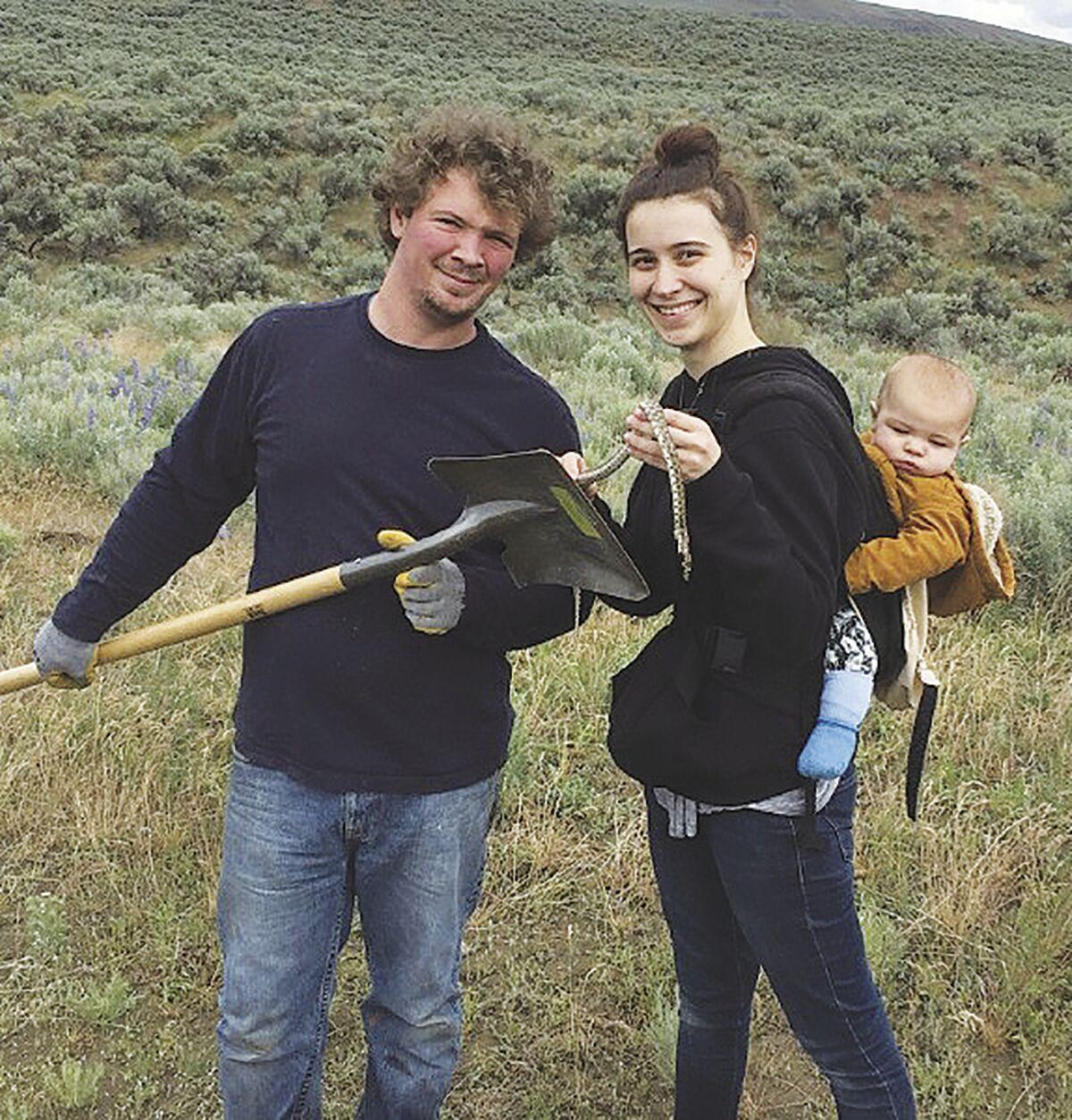 The Hyland family — Jake, Jamie and Uriel — is caught in the flames. 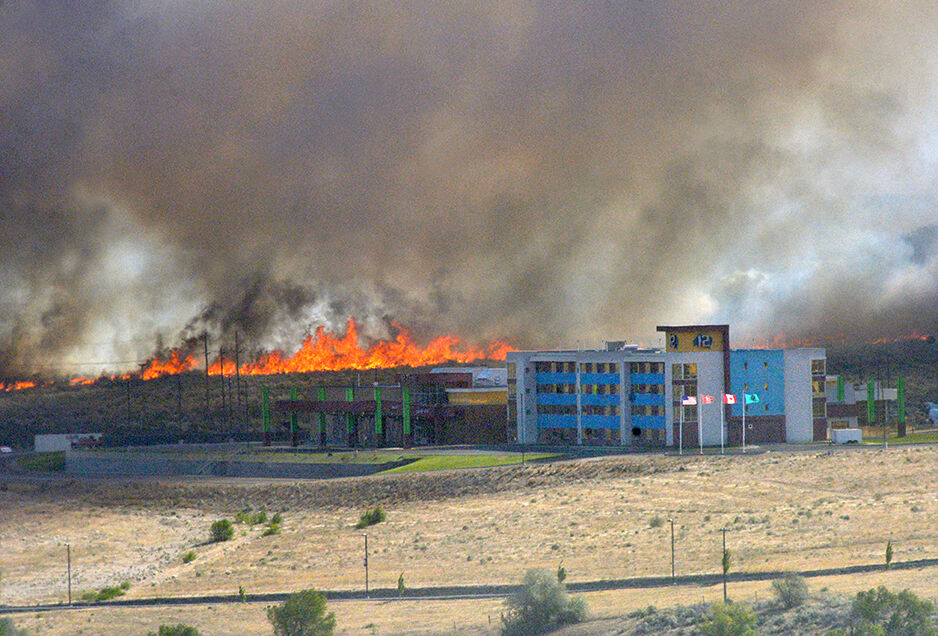 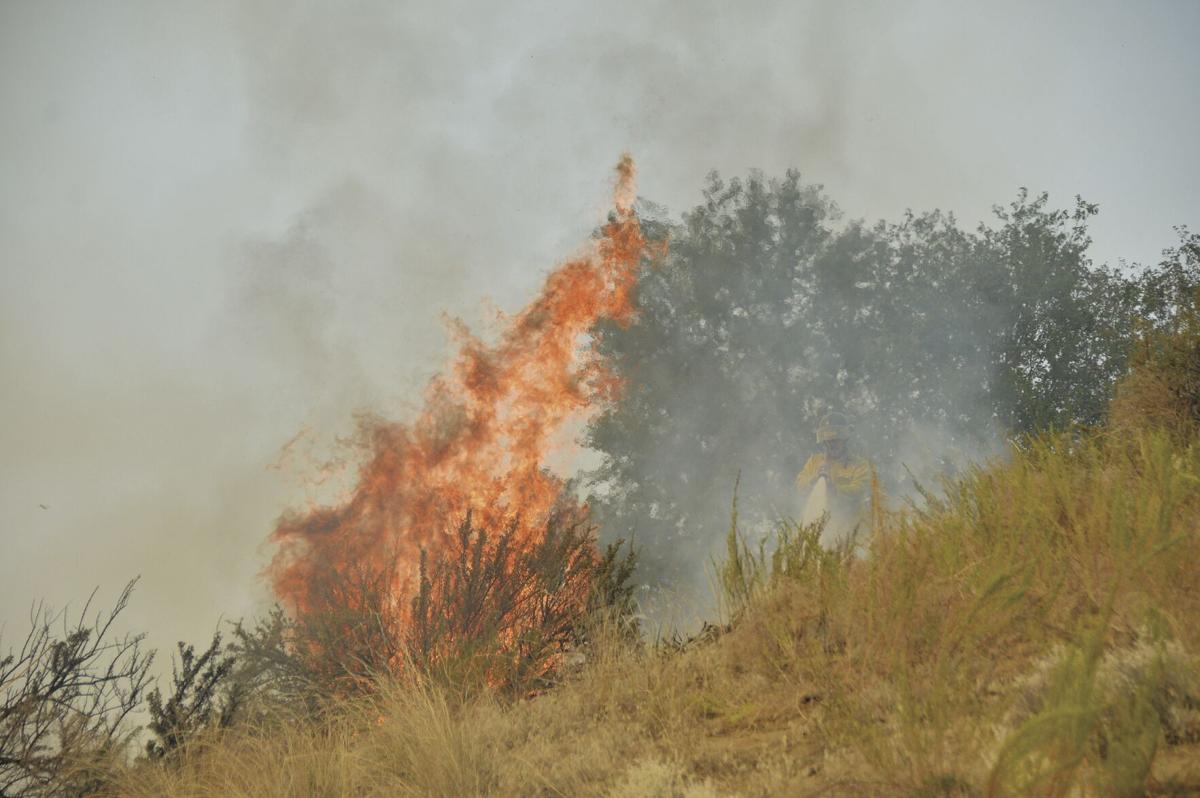 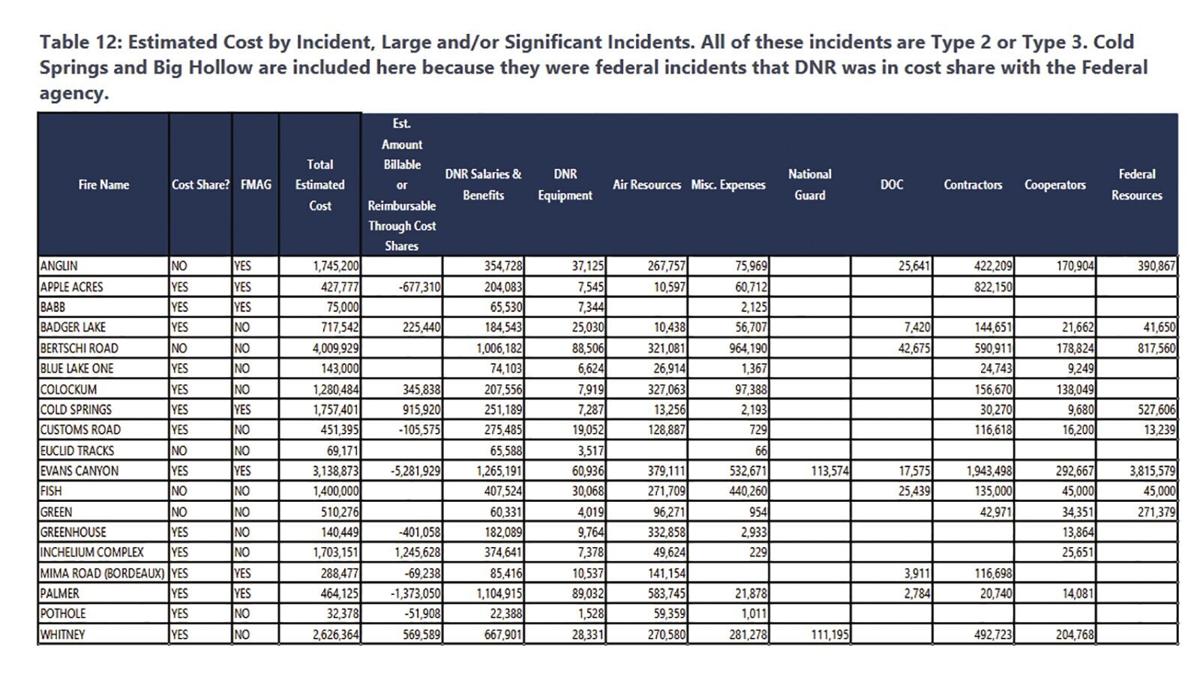 Estimated cost by incident, large and/or significant incidents, during 2020. All are Type 2 or Type 3. Cold Springs and Big Hollow are included because they were federal incidents in which DNR was in cost share with the federal agency involved. 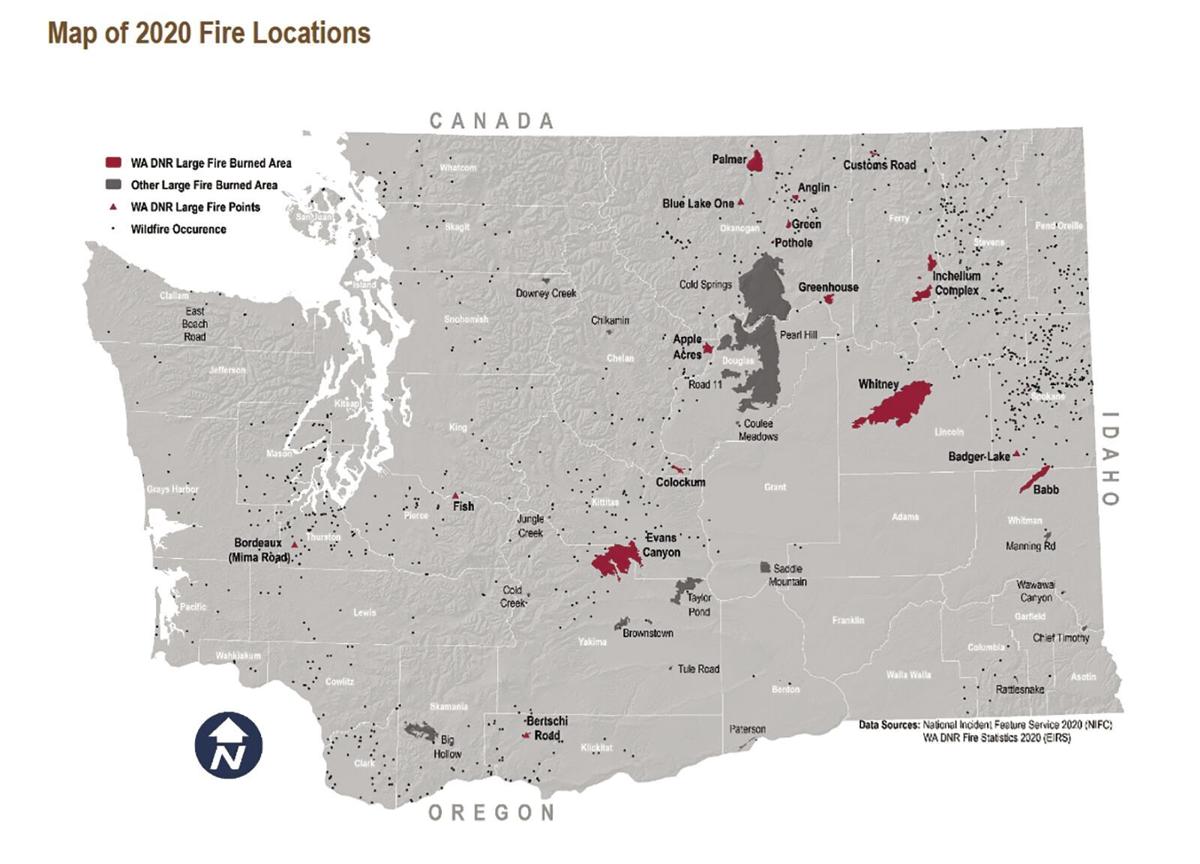 Map shows major fires in Washington in 2020. The Cold Springs and Pearl Hill fires are denoted in dark gray at the center.

The Hyland family — Jake, Jamie and Uriel — is caught in the flames.

Estimated cost by incident, large and/or significant incidents, during 2020. All are Type 2 or Type 3. Cold Springs and Big Hollow are included because they were federal incidents in which DNR was in cost share with the federal agency involved.

Map shows major fires in Washington in 2020. The Cold Springs and Pearl Hill fires are denoted in dark gray at the center.

OMAK – A year ago this week, the Cold Springs Fire raced across the Colville Indian Reservation, jumped the Columbia River to spark the Pearl Hill Fire and took with it the life of a toddler; homes and ranches; rangeland, crops and timber; infrastructure, and livestock and wildlife.

The fires were part of a Labor Day weekend during which wildfires blackened more than 700,000 acres across the state and heavily damaged the towns of Malden and Pine City in Whitman County.

The Cold Springs Fire was reported to the Okanogan County Sheriff’s Office at 9:29 p.m. Sunday, Sept. 6, and took off south across the Colville Indian Reservation from its ignition point southeast of Omak. By 3 a.m., it had crossed the Columbia River and continued racing southward through Douglas County to Highway 2.

Cause of the blaze remains under investigation.

North winds the morning of Sept. 7 also sparked to life a long-smoldering fire in a sawdust pile at the former Omak Wood Products mill, leading to destruction of three mill buildings and spreading southward to join the Cold Springs blaze. The conflagration also sent burning debris raining down north and east of the mill site on Jackson Street. No off-site structures were lost.

The Cold Springs Fire burned across 189,923 acres of land, while the Pearl Hill Fire charred 223,730 acres. The fires actually were one, but were separated administratively by county.

Uriel Hyland, 22 months, died when he and his parents were trapped by Cold Springs Fire flames on the southwestern portion of the Colville Indian Reservation. His parents, Jake and Jamie Hyland, Renton, suffered severe burns and other injuries, and spent months recuperating at Harborview Medical Center in Seattle.

A week after the blaze began, Omak Fire Chief Kevin Bowling said the Cold Springs blaze was perhaps five acres when he and Fire District No. 8 Chief Ed Townsend arrived the night of Sept. 6, but fierce winds moved the flames quickly through grass and sagebrush.

During the fire’s early hours, mostly all firefighters could do was try to stay ahead of the flames, do structure protection and notify residents, said Bowling.

“It was just not safe in some areas” to try making a stand against the flames, he said.

Firefighters also were hampered by looky-loos who clogged roads.

“It was hard for us to get around” at times, he said.

Property assessed at more than $5.3 million was destroyed in Okanogan County by the Cold Springs Fire, according to Okanogan County Assessor Larry Gilman. The total does not include tribal or individually held trust lands, which are not taxable.

Fire officials said a total of 78 homes and 60 other buildings were lost.

Several homes and other buildings were lost on the Colville Indian Reservation, plus miles and miles of fencing.

Gov. Jay Inslee visited Bridgeport briefly on Saturday morning, Sept. 12, and later took flak on social media for the brevity of his visit and for bringing apples for the community. The apples, picked at the governor’s mansion in Olympia, turned out to be worm-infested.

He said his visit was “to make sure we understand what communities are going through right now,” he said. “While I’m amazed by their resilience, my heart hurts for the families who lost so much to these fires.”

He expressed gratitude to emergency responders on the front lines.

“These fires have been catastrophic, and (the responders) have been there every day fighting to protect their communities,” he said. “It has been nothing short of heroic.”

She said it was “pretty palpable the amount of destruction” in the fire area and that the air quality was “blinding.”

The previous week, with fires burning all over the state, was “unbelievably destructive,” she said, noting that in a 72-hour period more than 600,000 acres burned across the state.

Firefighters – both local and with the incident teams – put in long hours.

Omak Chief Bowling said he and most of the crews from Omak, Okanogan, Malott, Fire District No. 7 (Riverside) and Fire District No. 8 (southwest reservation) put in about 48 hours straight at the fire’s infancy. Their spouses and retired firefighter Les Sutton kept them supplied with sandwiches and water.

They also faced communications blindness when the fire burned the Fire District No. 3 radio repeater on Pitcher Mountain southeast of Okanogan the afternoon of Sept. 7.

Okanogan County’s radio building and tower were untouched, but an adjacent facility housing equipment for a cellular provider and an Internet provider were destroyed, as was a building housing the Fire District No. 3 repeater, ambulance-to-hospital radio and Okanogan County Department of Public Works’ radio system.

“Car-to-car worked, but dispatch was unable to dispatch us for a couple days and the phones were down, too,” Bowling said.

For a time on Sept. 7, all land lines, cell service, Internet and electricity were down in Okanogan County.