Starting at
$22.00 for 90 days
Get Started
View all rates
You have permission to edit this article.
Edit
Home
News
Sports
Announcements
Lifestyle
Obituaries
Events
Special Sections
Opinion
Multimedia
Classifieds
Contact Us
E-edition
1 of 5 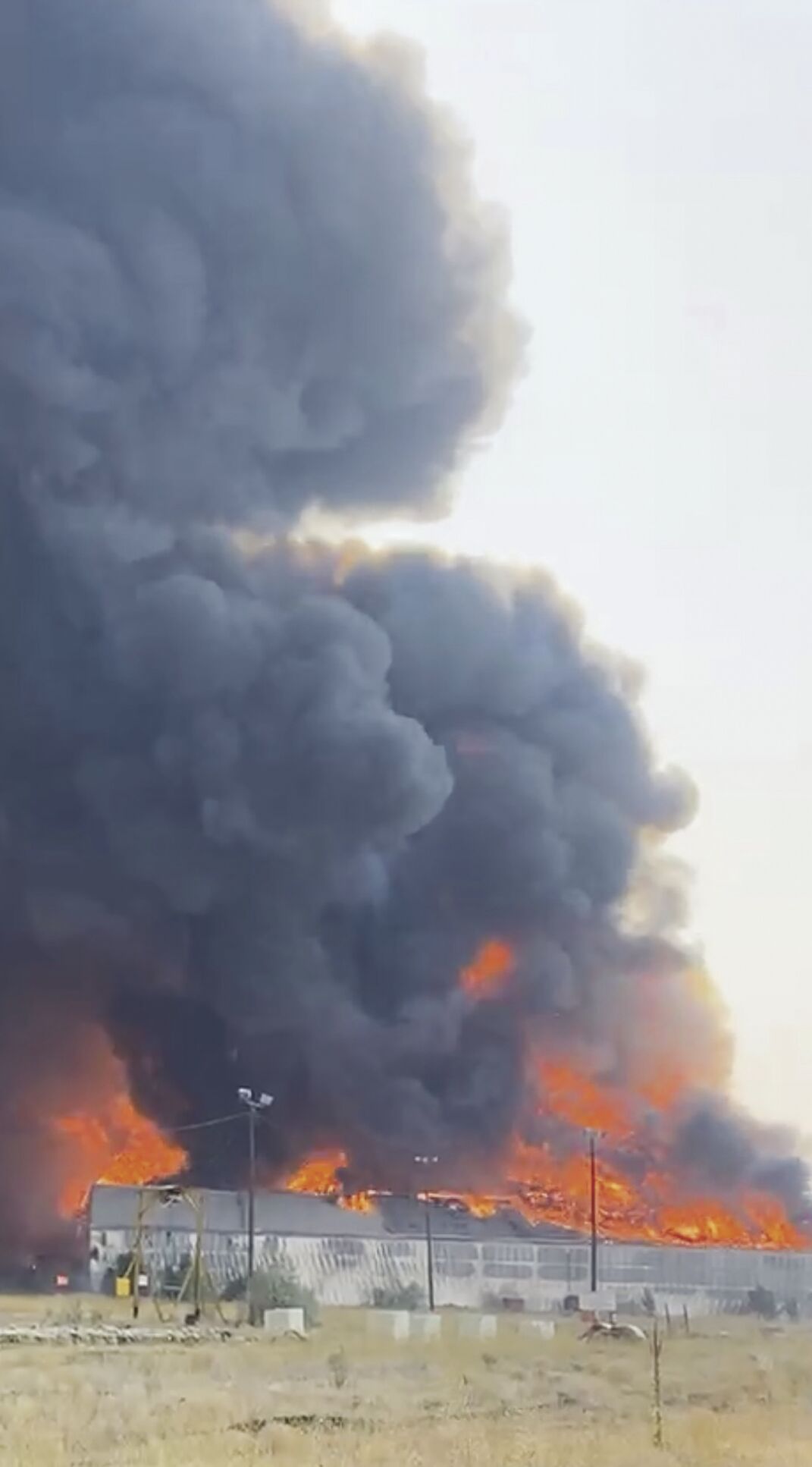 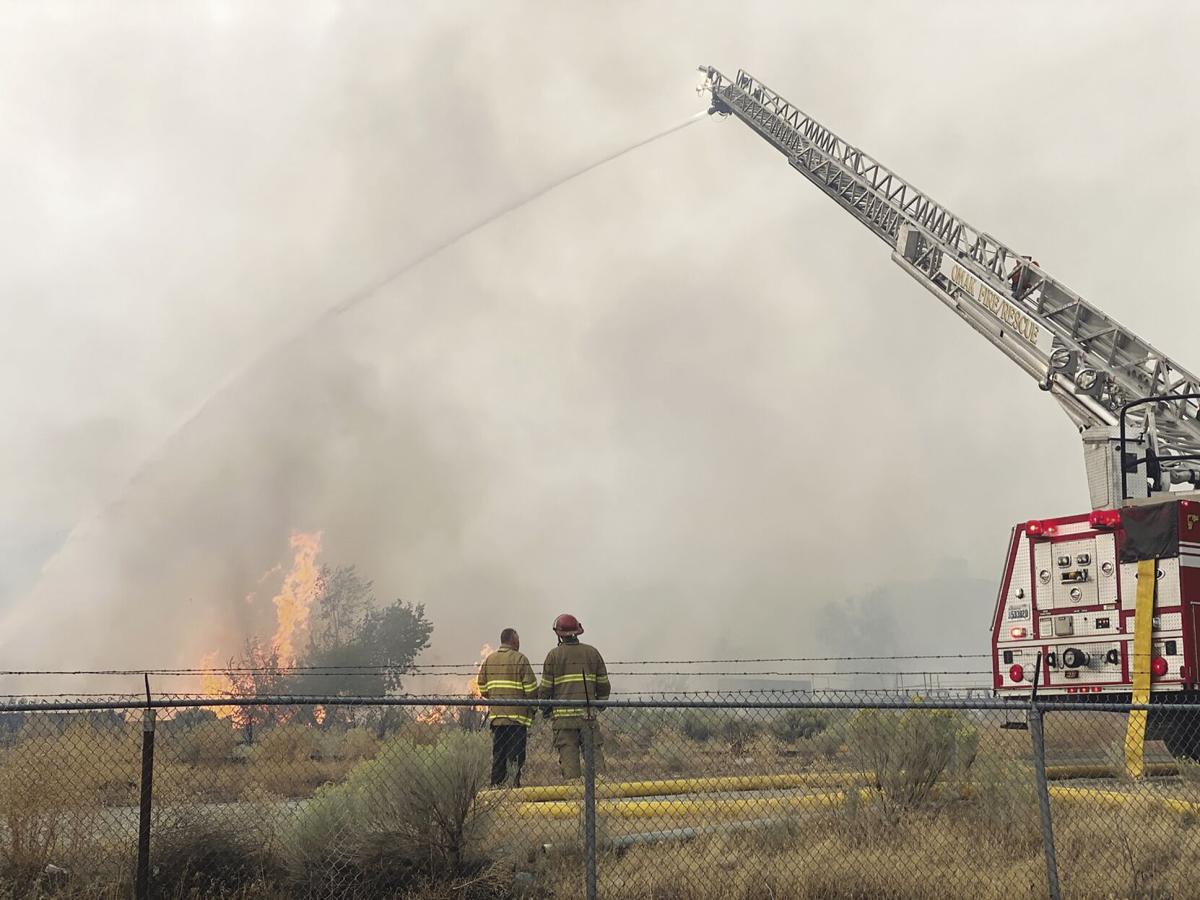 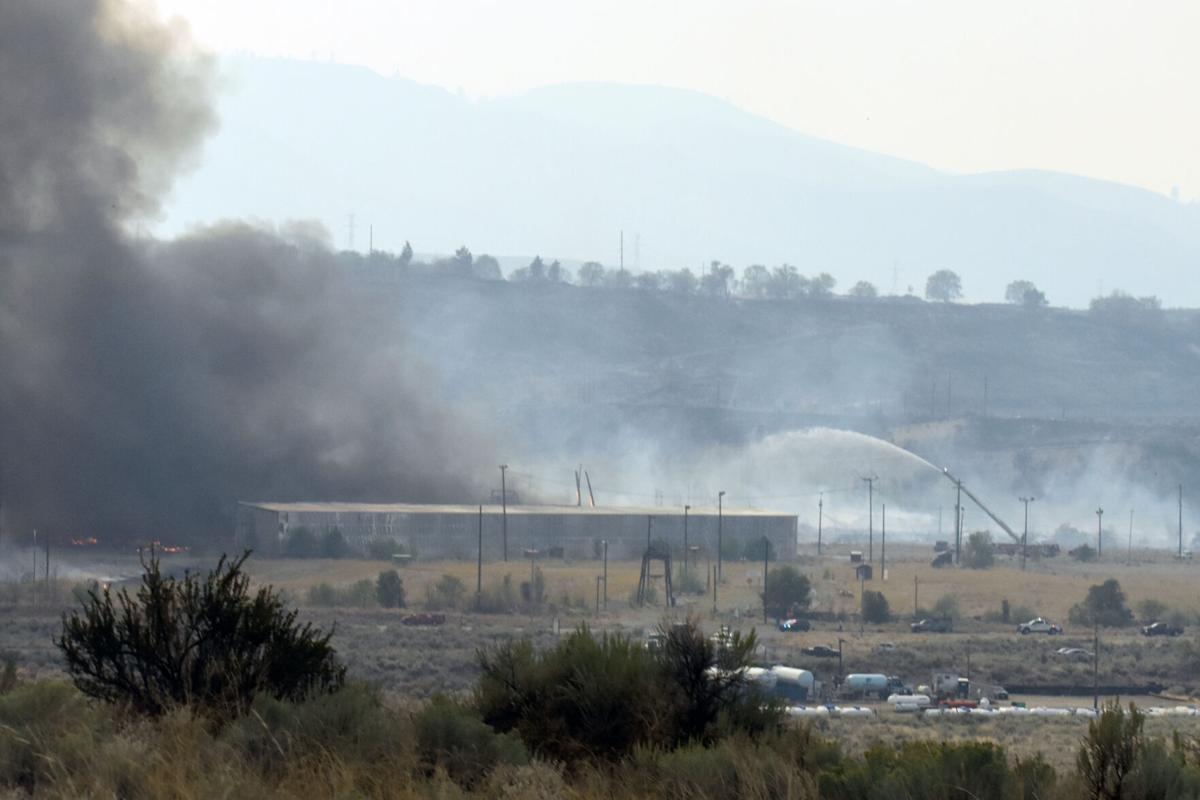 Water is streamed onto the mill site.

Fire burns beyond the Omak mill. Three buildings in the mill complex were destroyed Sept. 8. 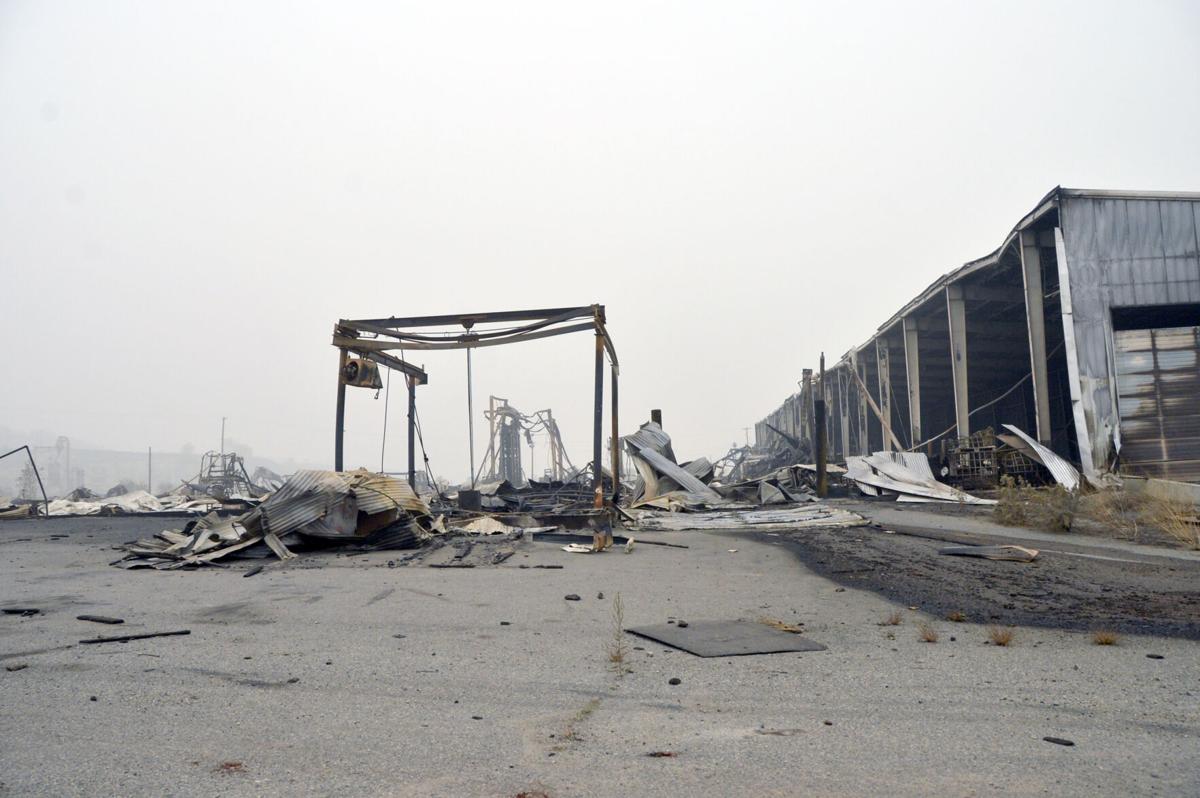 Shells of mill buildings are stark against a smoke-filled sky on Sept. 14.

Water is streamed onto the mill site.

Fire burns beyond the Omak mill. Three buildings in the mill complex were destroyed Sept. 8.

Shells of mill buildings are stark against a smoke-filled sky on Sept. 14.

OMAK – Three buildings at the Omak mill site were destroyed by fire Sept. 8, the last in an explosive blaze that sent flames and black smoke into the sky, and sent burning debris raining down to the north and east.

A Sept. 7 flare-up of a late July blaze along Rodeo Trail ignited a fire that burned together later that day with the Cold Springs Fire near Cameron Lake Road just outside Okanogan. The fire had smoldered in a wood chip pile on the bench above the mill.

“My fear was that we would lose those buildings” at the mill, said Omak Fire Chief Kevin Bowling.

Then, in the early morning of Sept. 8, the fire burned northward and spotted among the buildings. The crane shed and another building at the former mill site caught fire around 4:30 a.m.

With a southwest wind, spot fires lit up to the northeast, mostly out of the city, Bowling said.

The site has no water of its own, so city water was used on the burning buildings. Omak’s ladder truck was positioned near the former mill office and poured on the water to protect it, he said.

Other departments were called.

About 11 a.m., more spot fires popped up near the plywood plant.

Somehow fire got inside the plywood plant and it erupted in a ball of flames and black smoke around 11:45 a.m., he said.

“We couldn’t deal with it” because of the fire’s size. “I knew there would be spot fires.”

He alerted incident command for the Cold Springs Fire and additional firefighters were brought in to help with spotting.

Still fanned by the southwest wind, burning chunks of debris were sent north and east, igniting areas around Brooks Tracts and across the Okanogan River in the Omak River Road and Kruse Street area.

The building was destroyed, its shell left partially collapsed.

“It was raining burning stuff” to the northeast, said Okanogan County Emergency Manager Maurice Goodall. “It was throwing up some pretty good objects. There were 12-foot pieces of metal blowing out of it.”

Some of the burning debris landed at the old Omak dump site south of Omak River Road. Residents started watering rooftops and assisting firefighters. People to the east were evacuated.

Three Fire Boss airplanes assaulted the flames, each making two water drops to the west-southwest of the former dump.

“They did a good job,” said Goodall.

An area along Omak-Riverside Eastside Road burned and later there were flareups at the tribal hatchery at Brooks Tracts and along Kruse Street. No additional structures were lost.

The mill site continued to smolder into the next day.