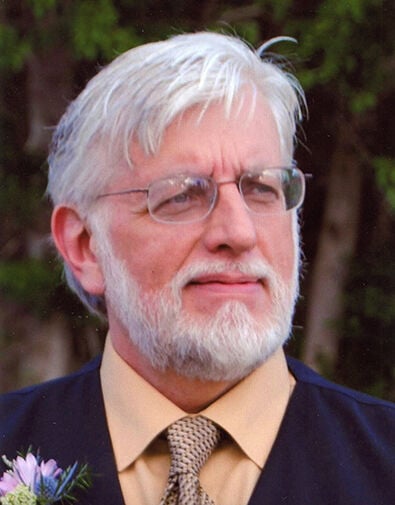 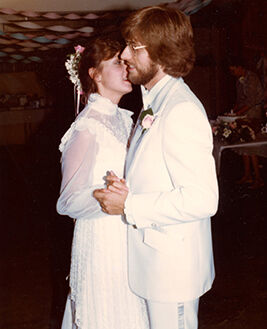 Funeral homes often submit obituaries as a service to the families they are assisting. However, we will be happy to accept obituaries from family members pending proper verification of the death.

In the early hours of Oct. 8, 2021, John Walter Friebus passed away. He left us from the comfort of his home; the very place that held his love and memories for so many years. John was a lover in all things; he had the distinct talent of knowing who you were, and a quiet way of being in every moment. He was the kind of man who could fill time with intention and beauty. You could sit on any bench in any town with John and share the view, watching a sunset in silent awe, or discussing the colors and the way the sun disappears behind the mountains. He was a loving husband, father, grandfather, and friend. He lived to share his immense knowledge of history, music, and film and adored quite nights alongside his best friend and wife of 40 years, Shawna.

We could get lost describing John in detail; there was so much to him. John was a man of dignity and grace, and he had integrity. He raised his three daughters: Jenny, Julia, and Jayne with lessons in being kind to others, having compassion, and always entertained their dreams. John was the kind of father who believed in creativity, and that caused his children to flourish as people. His daughters will forever carry the flame that John ignited through his fierce, unconditional love, and forever harbor the deep sense of humor that was so much a part of him. John was an old-fashioned guy who believed in truth and doing the right thing. His compassion and comprehension go unmatched, and his endless wit and humor will be felt deep from the bellies of all who had the pleasure of knowing him.

John was born in Omak, Wash., on January 21, 1958, to Walter M. and Mary L. Friebus. He grew up in Washington alongside his brother, Victor, and sisters: Patricia and Bernadine. He spent his childhood running through the fields of Omak to the sounds of The Beatles, riding his 10-speed down the streets of Wenatchee. He was the son and grandson of orchardists and farmers. John graduated from Wenatchee High School, in 1976, earned an engineering degree at Wenatchee Valley College, and worked in the engineering department at Okanogan County for over 35 years. John was a master prankster, always scheming to make someone laugh or jump, with an impish charm that lingered long after he had grown up and married, starting his own family.

In October of 1981, John married the love of his life, his best friend and partner in crime, Shawna (nee Fraley). Over the next 40 years, they welcomed and raised their three daughters together, sharing in their triumphs and tears, meeting together for ocean vacations on the Oregon coast, enjoying family dinners, weekends exploring, watching movies, laughing too loudly, cooking, grooving to the oldies, drinking around campfires in the backyard, and hugging (lots and lots of hugs). He loved us all so very much, and we continue \ to love him back fiercely, abundantly, and without bounds. He is forever in our hearts.

For his wife and daughters, John's eyes held the sea and the sky; the moon and stars. His eyes held us. He was a gentle and loving father, who was slow to anger and quick to forgive. He taught his daughters what to look for in a partner, and he led by example. We saw our father love our mother without conditions or borders. He loved us individually, and only ever wanted us to be happy. We are the luckiest to have had him. Lucky beyond measure to have known him and felt a love like that, his lasting gift to us.

In his honor, we will always play Led Zeppelin and CCR too loud. We'll roll down the windows and let Fleetwood Mac fill the streets. We'll watch Bruce Lee movies and worship Jimmy Stewart and Clint Eastwood, and take notes from the greats: Tarantino, Kurosawa, Werner Herzog, and Ken Burns documentaries. We will all do what he encouraged us to do his whole life: create art, love each other, make each other laugh, and above all, get along.

"Failing to fetch me at first, keep encouraged;

Missing me one place, search another;

I stop somewhere, waiting for you."

Excerpted from "Song of Myself," in Leaves of Grass -

A Wake will be planned and held in honor of John's life at a later date. The family will run a separate notice with location and date provided.

Offer a personal message of sympathy...

By sharing a fond memory or writing a kind tribute, you will be providing a comforting keepsake to those in mourning. If you have an existing account with this site, you may log in with that below. Otherwise, you can create an account by clicking on the Log in button below, and then register to create your account.

Add an entry as