Starting at
$20.00 for 90 days
Get Started
View all rates
You have permission to edit this article.
Edit
Home
News
Sports
Announcements
Lifestyle
Obituaries
Events
Special Sections
Opinion
Multimedia
Classifieds
Contact Us
E-edition
1 of 3 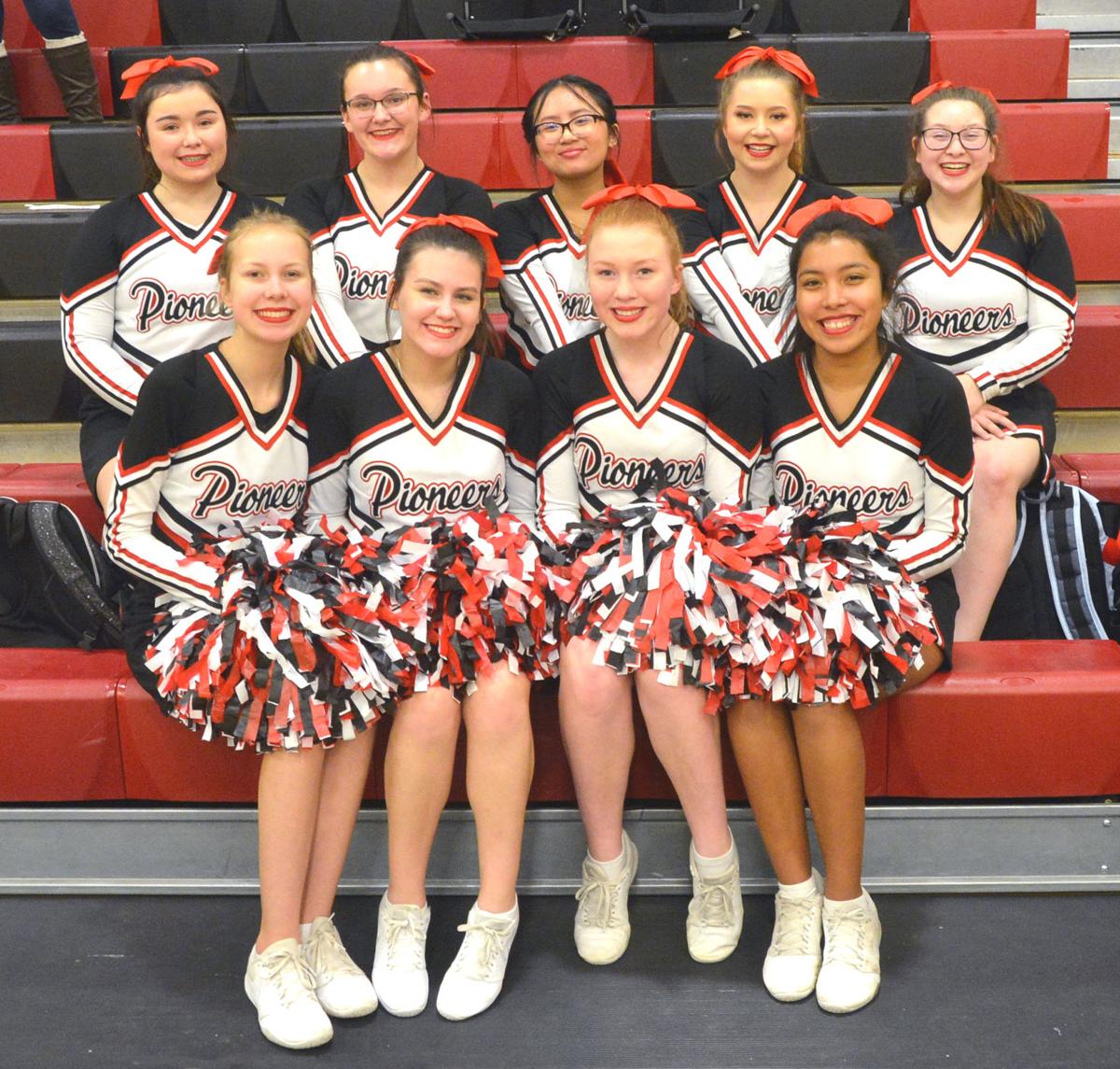 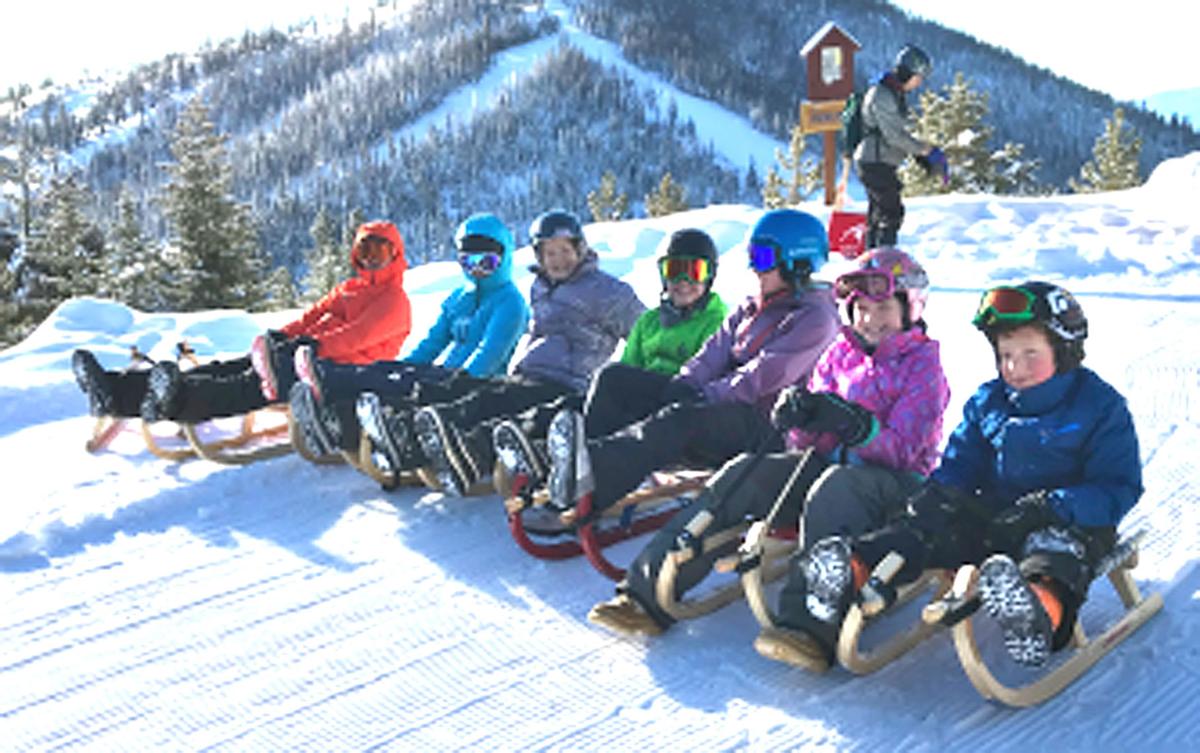 A group gets ready to take on a luge run on Bear Mountain. This is the third year of the run; two quicker runs are being added. 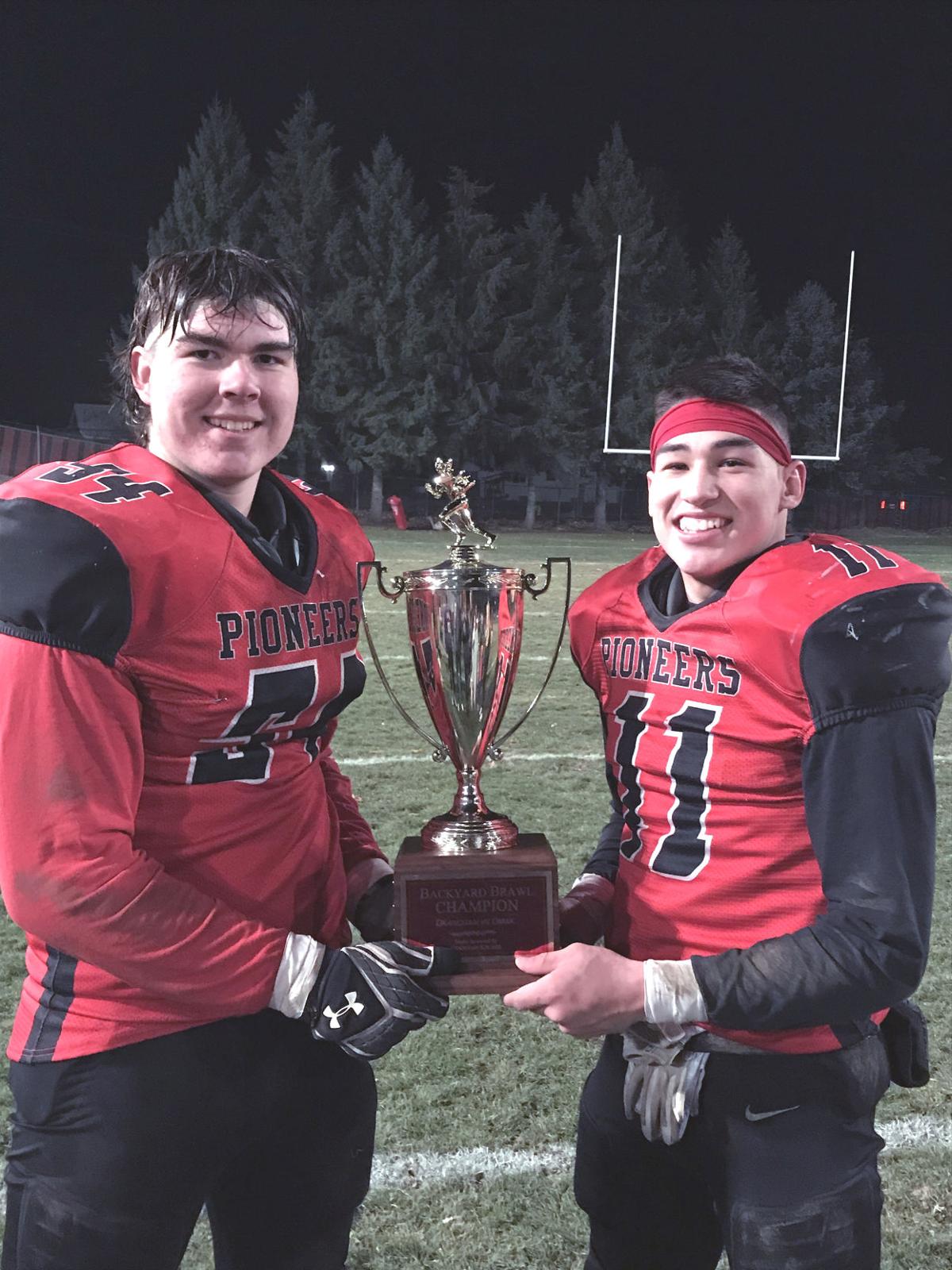 Omak High School football players Tanner Sackman (left, defense) and Tanner Hall (offense) were named players of the year in the Caribou Trail League (story was in the Nov. 26 edition of The Chronicle). They have been best friends since elementary school, where they began playing football in the third grade under high school coach Nick Sackman.

A group gets ready to take on a luge run on Bear Mountain. This is the third year of the run; two quicker runs are being added.

Omak High School football players Tanner Sackman (left, defense) and Tanner Hall (offense) were named players of the year in the Caribou Trail League (story was in the Nov. 26 edition of The Chronicle). They have been best friends since elementary school, where they began playing football in the third grade under high school coach Nick Sackman.

The Loup Loup Ski Bowl’s Bear Mountain Luge Sledding operation will introduce two new runs as the third season of the sport is about to start.

The Loup introduced natural luge sledding to the Pacific Northwest in 2016 (that’s when I tried it; what a rush!).

“A day of natural luge sledding includes use of a handcrafted European sled, an instructional clinic at the base area, a 45-minute Snowcat ride up Bear Mountain through spectacular alpine scenery and then a thrilling luge sledding experience down 5-6K of groomed mountain trails accompanied by your clinic instructors,” said hill manager Dave Betts.

“This year’s upgrades include two new luge sledding runs for faster sledding opportunities and less walking between segments, and a new on-line luge reservation system on our website, www.skitheloup.com.”

Bear Mountain luge operates on weekends and through the Christmas holiday and Presidents weeks.

Loup Loup Ski Bowl is located halfway between the Okanogan and Methow valleys on Highway 20 at Loup Loup Pass.

The Sitzmark Ski Club dinner and auction starts at 5 p.m. Saturday, Dec. 14, at The Kuhler in Tonasket. Funds raised will help defray the cost of the youth ski/snowboard programs that Sitzmark provides.

Dinner is by presale tickets with live and silent auction items.

Debbie Nuehring and Norma Lawson had a round robin during Tuesday night pinochle, Dec. 3, at the Eagles in Okanogan.

Odessa’s Marcus King, who was voted Central Washington 1B League’s player of the year on offense and defense, led the Tigers to a record-breaking 80-26 win over Naselle in the state 1B championship Saturday.

King rushed for 380 yards on 19 carries while scoring six touchdowns for the Tigers (13-0) at Mount Tahoma Stadium in Tacoma.

The previous state 1B records were 342 rushing yards set by LaCrosse-Washtucna’s Nick Koller in 2002 and five rushing scores set by Almira/Coulee-Hartline’s Tim Hunsaker in 1990.

This was the second straight state championship and fourth overall for Odessa.

The Modernizing the Pittman-Robertson Fund for Tomorrow’s Needs Act would allow a portion of hunting license sales and excise taxes on gear, guns, and ammunition to be used not only for conservation but also to recruit, retain and reactivate more hunters.

“State wildlife agencies have the most to lose if hunting participation continues to decline, because many of them depend entirely on Pittman-Robertson dollars, but that’s why it’s so critical that these agencies market to and educate prospective sportsmen and women,” says Whit Fosburgh, president and CEO of TRCP.

“This critical update to the original law—which was written at a time when more than half the country hunted or had access to someone who could likely show them how—would help ensure the future of our traditions and turn the tide on a looming conservation funding crisis in America.”

The committee also debated and passed the Recovering America’s Wildlife Act, which would invest roughly $1.4 billion in proactive, voluntary conservation efforts led by states, territories, and tribal nations to prevent vulnerable wildlife from becoming endangered. This new fund could benefit up to 12,000 species, including 40 percent of the nation’s freshwater fish, that need conservation action.

“We’re thrilled to see momentum behind a new investment in conservation that recognizes the real need to get ahead of habitat challenges — rather than scramble to revive a species on the brink,” says Fosburgh. “Together, these two pieces of legislation represent a forward-thinking approach to conservation that should be applauded, and we hope to see bipartisan support on the House floor very soon.”

Inspired by the legacy of Theodore Roosevelt, the TRCP is a coalition of organizations and grassroots partners working together to preserve the traditions of hunting and fishing. By ensuring access to quality fish and wildlife habitat, it’s also safeguarding the $887 billion that sportsmen and women help contribute to the American economy, the group said.

The state Parks and Recreation Commission will offer two free days in January, when visitors to state parks will not need a Discover Pass for day-use visits.

The first free day is Wednesday, Jan. 1, which gives visitors the opportunity to take part in a First Day Hike, a nationwide initiative that aims to get people outdoors on New Year’s Day.

This year, more than 40 hikes are planned at dozens of state parks all over Washington. More details are in a three-part series on the State Parks blog, Adventure Awaits, starting Monday, Dec. 9, and running through Wednesday, Dec. 11.

The next free day will be Thursday, March 19, to celebrate the state parks’ 107th birthday.

A headline, story and photo caption Dec. 4 had the wrong name spelling of Omak’s Sidney Nichols, who was voted to volleyball’s first team in the Caribou Trail League.