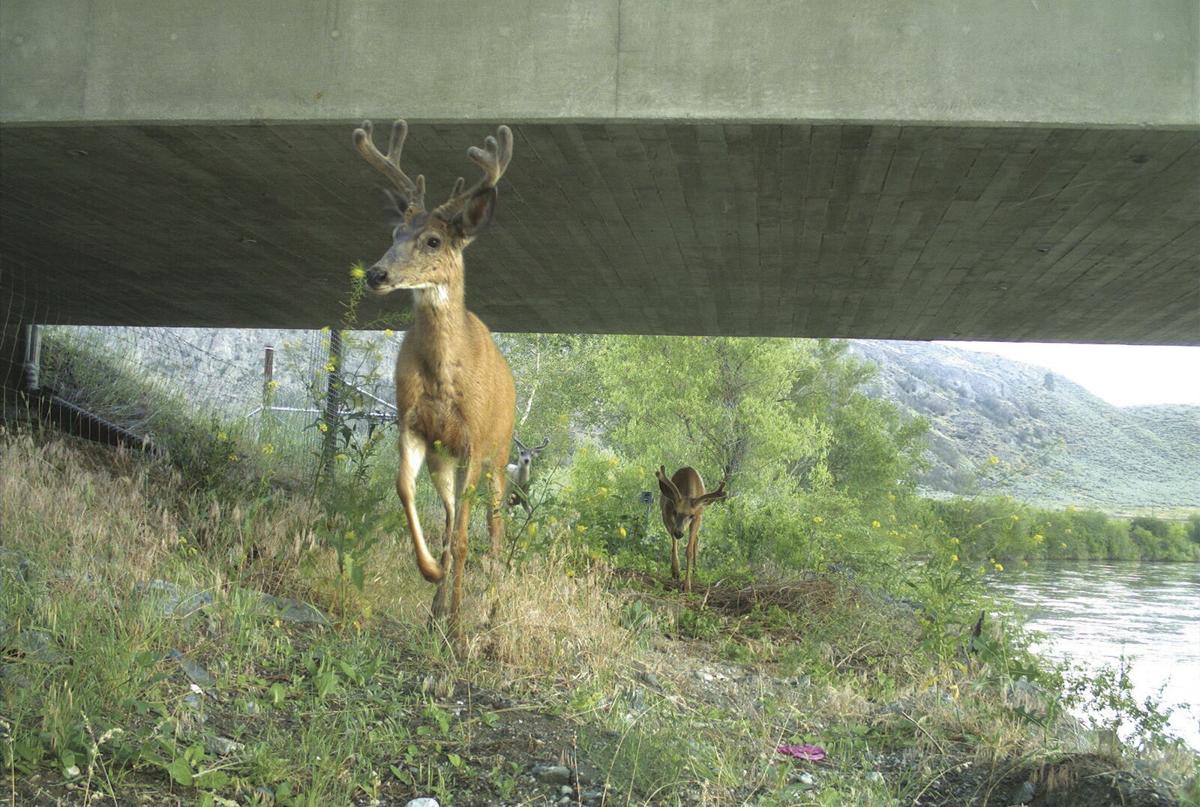 Three bucks pass under the Janis bridge south of Tonasket. 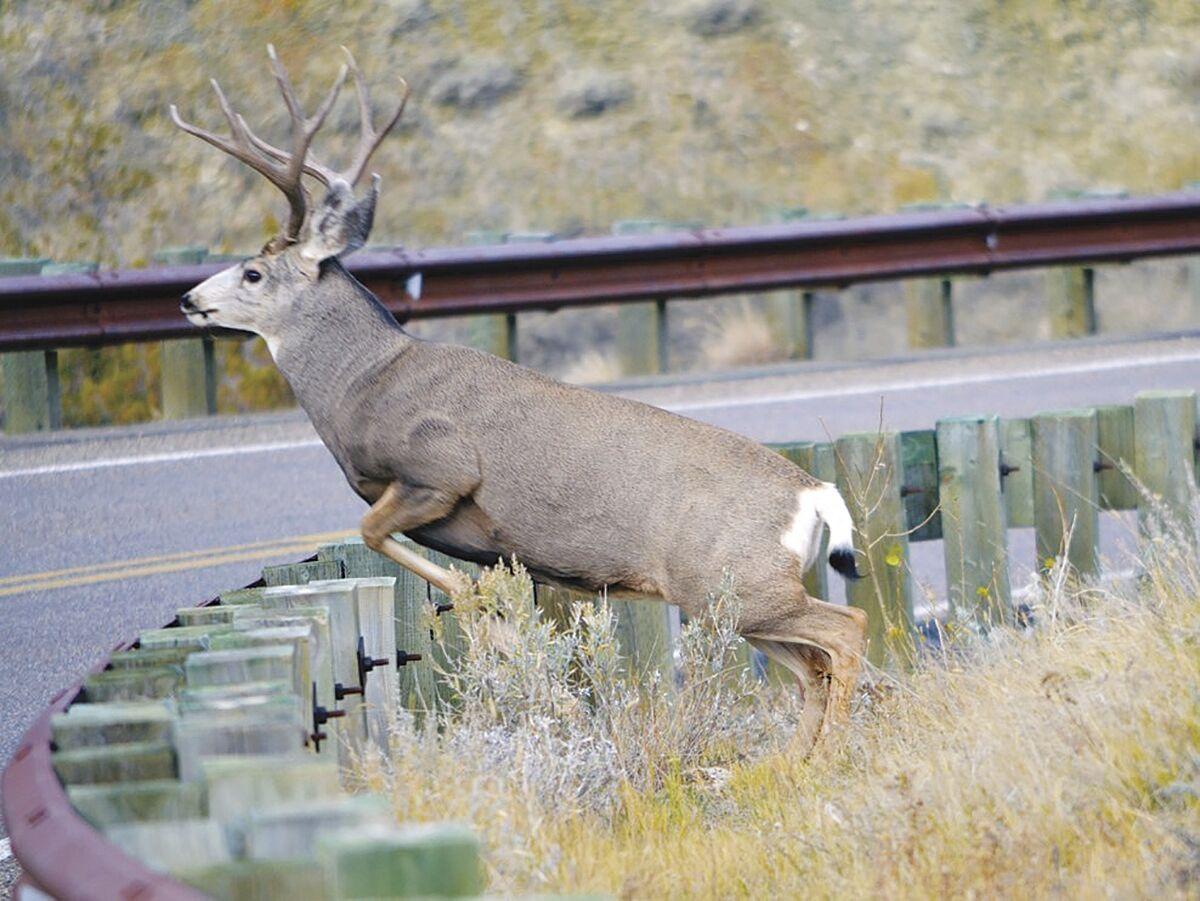 A buck jumps a guardrail onto a road.

Three bucks pass under the Janis bridge south of Tonasket.

A buck jumps a guardrail onto a road.

TONASKET – The first phase of Safe Passage 97 has been completed, with a wildlife undercrossing added to Janis bridge and deer fencing completed on both sides of Highway 97 south of the bridge.

Conservation Northwest said gates and cattleguards were installed at access roads within the project area.

“Deer-vehicle collisions have been a major problem in this stretch of Highway 97 in the Okanogan Valley, and everyone in my community has a story of hitting or almost hitting a deer in this area,” said project manager Jay Kehne, Conservation Northwest’s sagelands program lead in Omak.

“The work completed in this phase of the Safe Passage 97 project is expected to prevent more than 100 animal collisions per year, making drivers safer and helping reconnect a critical mule deer migration route,” said Kehne. “After years of advocating for this project locally and in Olympia, we’re proud to have been able to complete this first phase with private funding, and are so grateful to everyone who pitched in to make it possible.”

He called on state lawmakers to provide public funding for the state Department of Transportation to complete the remaining phases of the project.

Project partners initially focused on advocating for state funding for a transportation and wildlife safety project in the 13-mile stretch of Highway 97 between Riverside and Tonasket, which has more than 350 deer-vehicle collisions each year.

The area also was identified by biologists as critical for wildlife connectivity between the North Cascades to the west and the Okanogan Highlands and Kettle Range to the east.

No funding came from the state.

In 2019, project leaders chose to use private funds to begin the project.

Medical costs, car repairs, Washington State Patrol and Okanogan County Sheriff’s Office response, transportation department cleanup crews and the value of the deer killed all add up to approximately $6,500 per accident, costing the public more than $2.5 million every year in the stretch, said Conservation Northwest.

The organization said hundreds of animals already have used the undercrossing, including mule deer, cougars, bobcats and others.