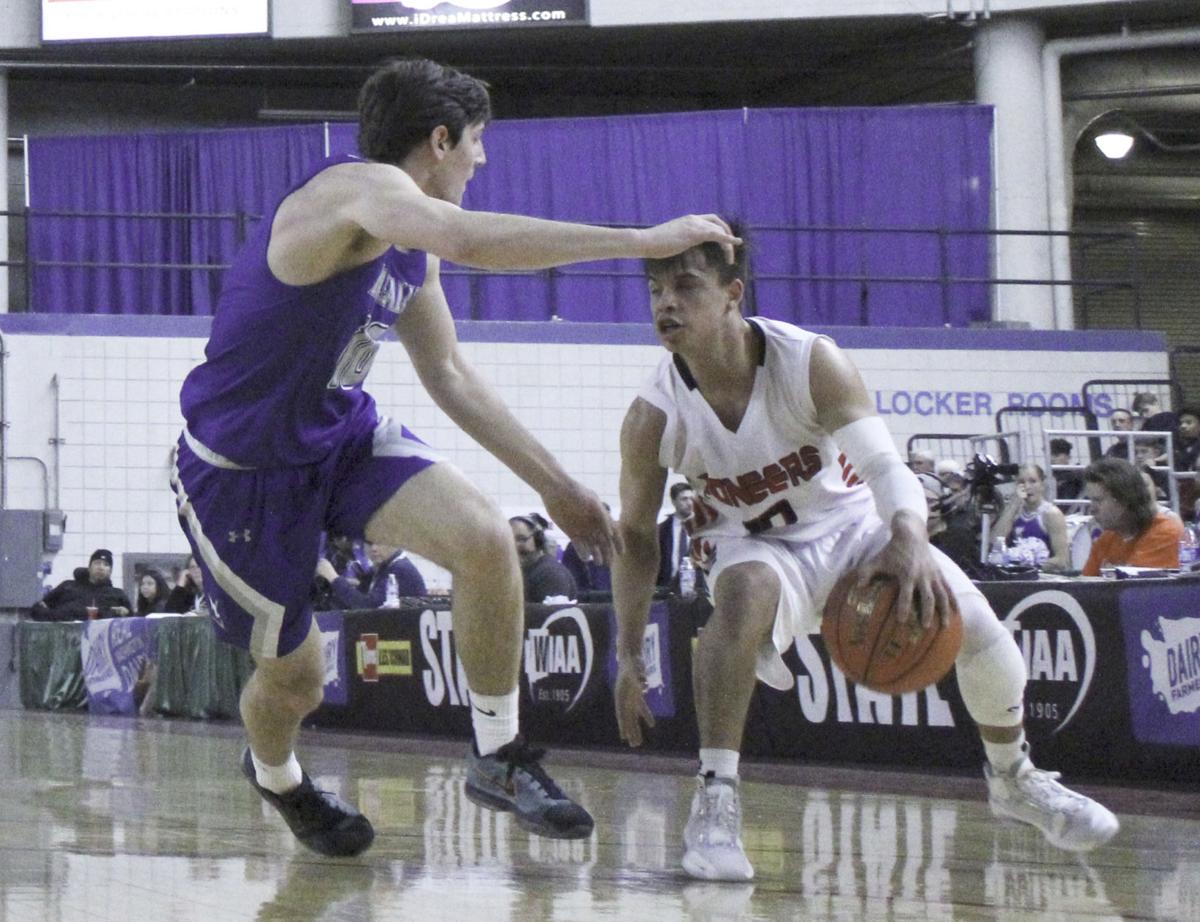 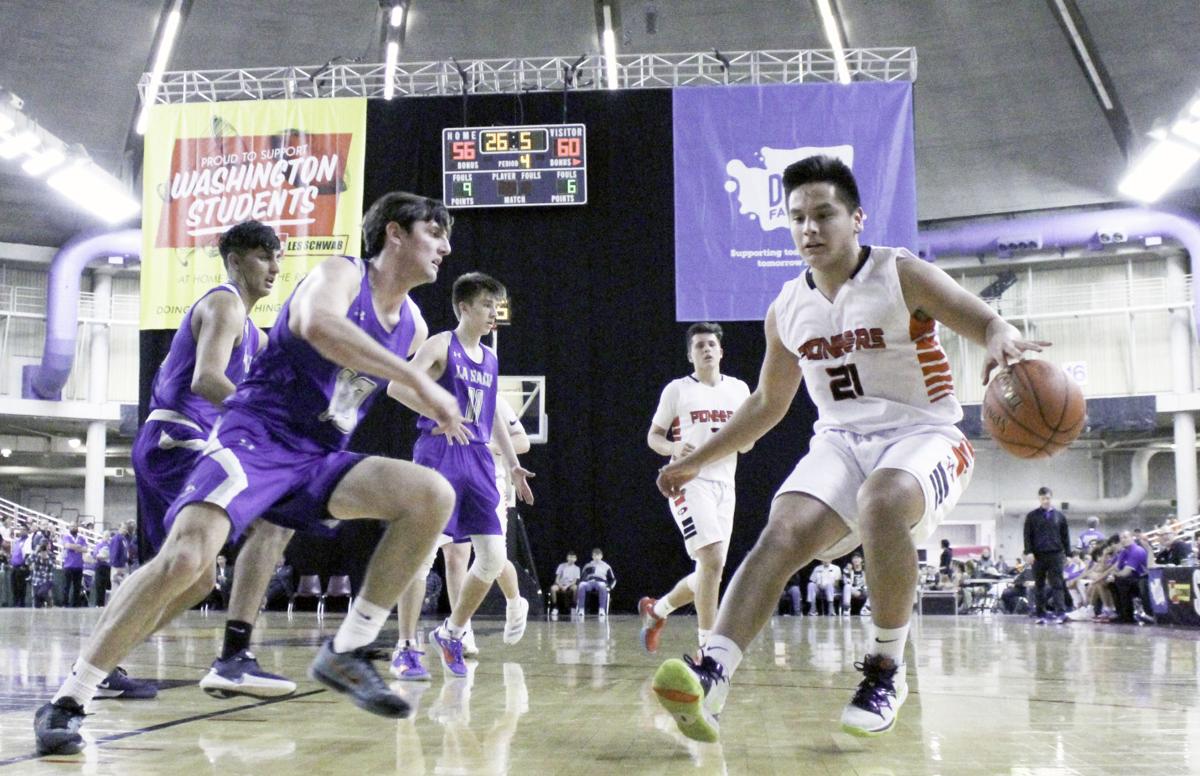 Tre Marchand works toward the basket in the Pioneers’ first state appearance in 19 years at the Yakima SunDome on Wednesday, March 4. 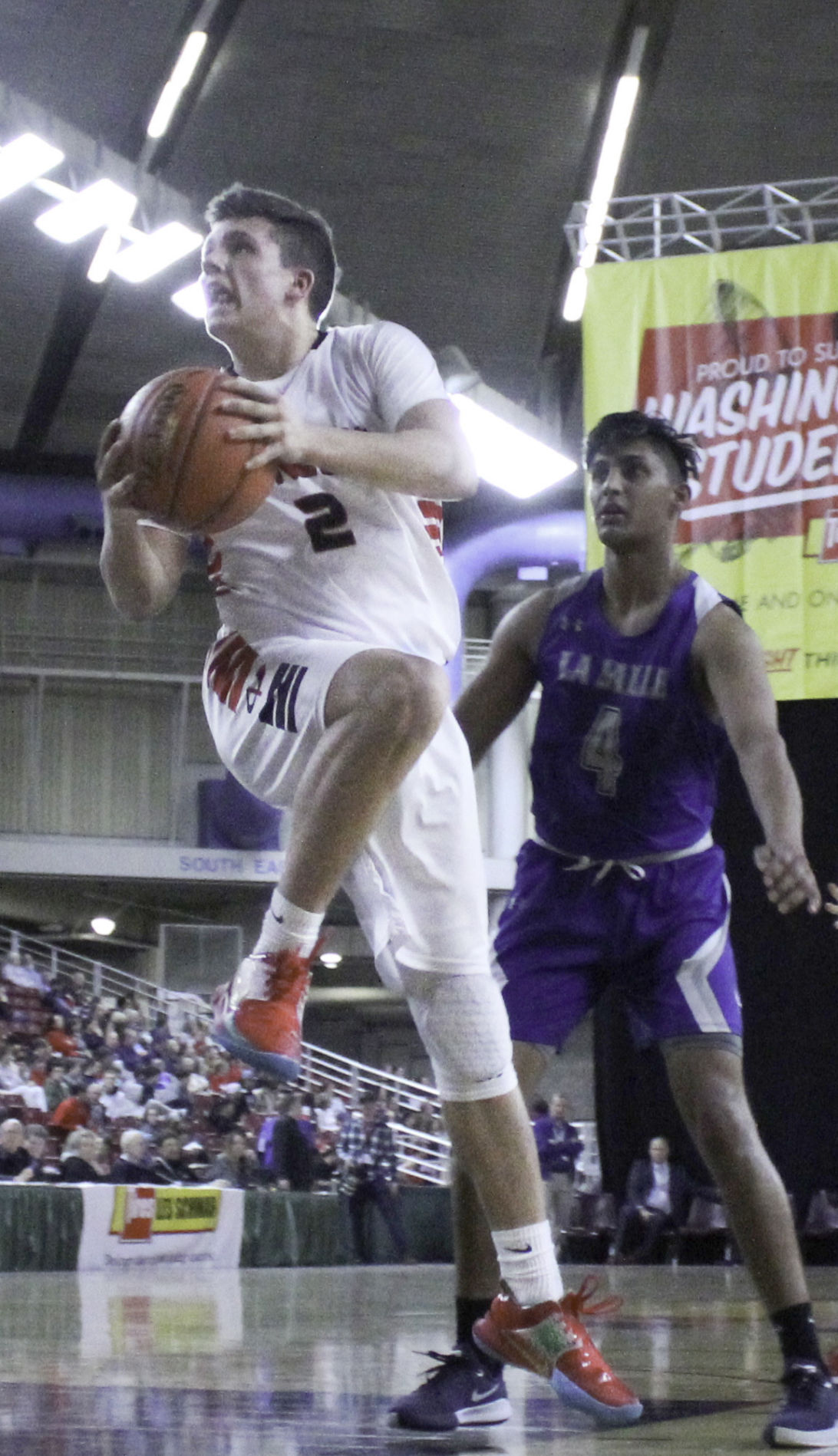 Tre Marchand works toward the basket in the Pioneers’ first state appearance in 19 years at the Yakima SunDome on Wednesday, March 4.

YAKIMA – In Omak’s first state appearance in 19 years, the Pioneer boys dropped out after one game, losing to LaSalle, 63-56, at the Yakima SunDome.

“La Salle came out and played at a pace rarely seen and they did it extremely well,” said Omak coach Geoff Pearson. “We played a pretty good first quarter while they had an exceptional first quarter. After that, we were the better team.”

“Our defense really started to give us chances to win the game, but we struggled to hit shots consistently,” Pearson said. “The boys kept fighting and they came together with a belief in their system and each other.

“As a coach, as disappointed as I was to see our season end, I was really proud of how they continued to battle.”

Omak shot 41.8 percent from the field in the game, with 28.6 percent success from the three-point line. The Pioneers made 2 of 6 free throws, for 40 percent.

“We were able to cut the deficit to 8 points with about one minute to go in the third quarter, but they ended that quarter on a 9 to 0 run, which really hurt,” Pearson said. “In the fourth quarter, though, we went on a 13 to 0 run to get it to within 3 with 2:03 to go.

“We made two defensive stops at that point but missed some shots that could have put us over the top. Then we had to foul, and they made their free-throws,” he said. “It was a great game that could have gone the other way, just didn’t.”

“I can’t express how proud I am of our boys’ accomplishments on the basketball court,” Pearson said. “To make it to Yakima and the state tournament for the first time in 19 years is a huge accomplishment.

“It didn’t end the way we wanted it to, but the boys have every right to be proud of their hard work, dedication, teamwork and success this year.”