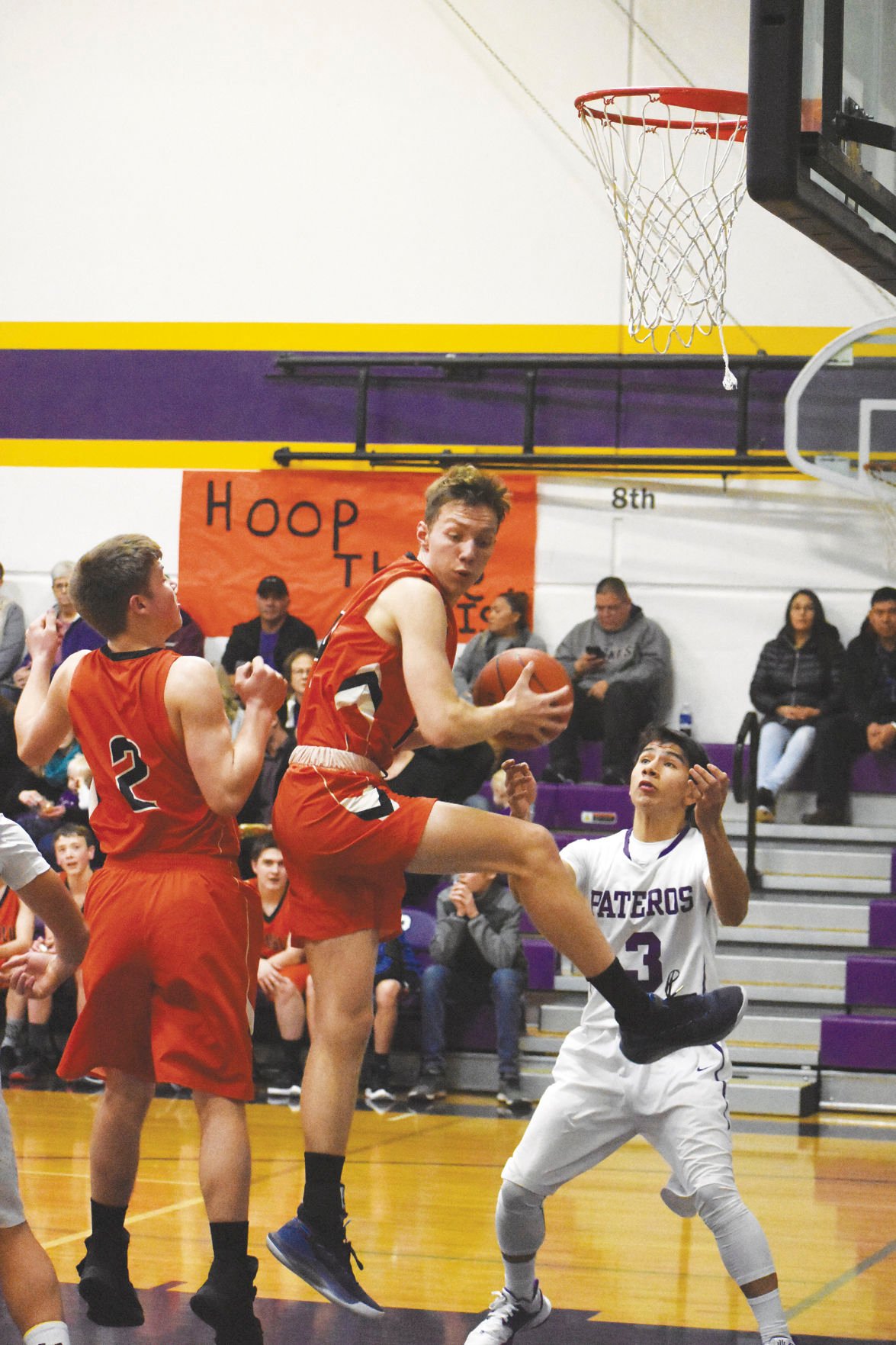 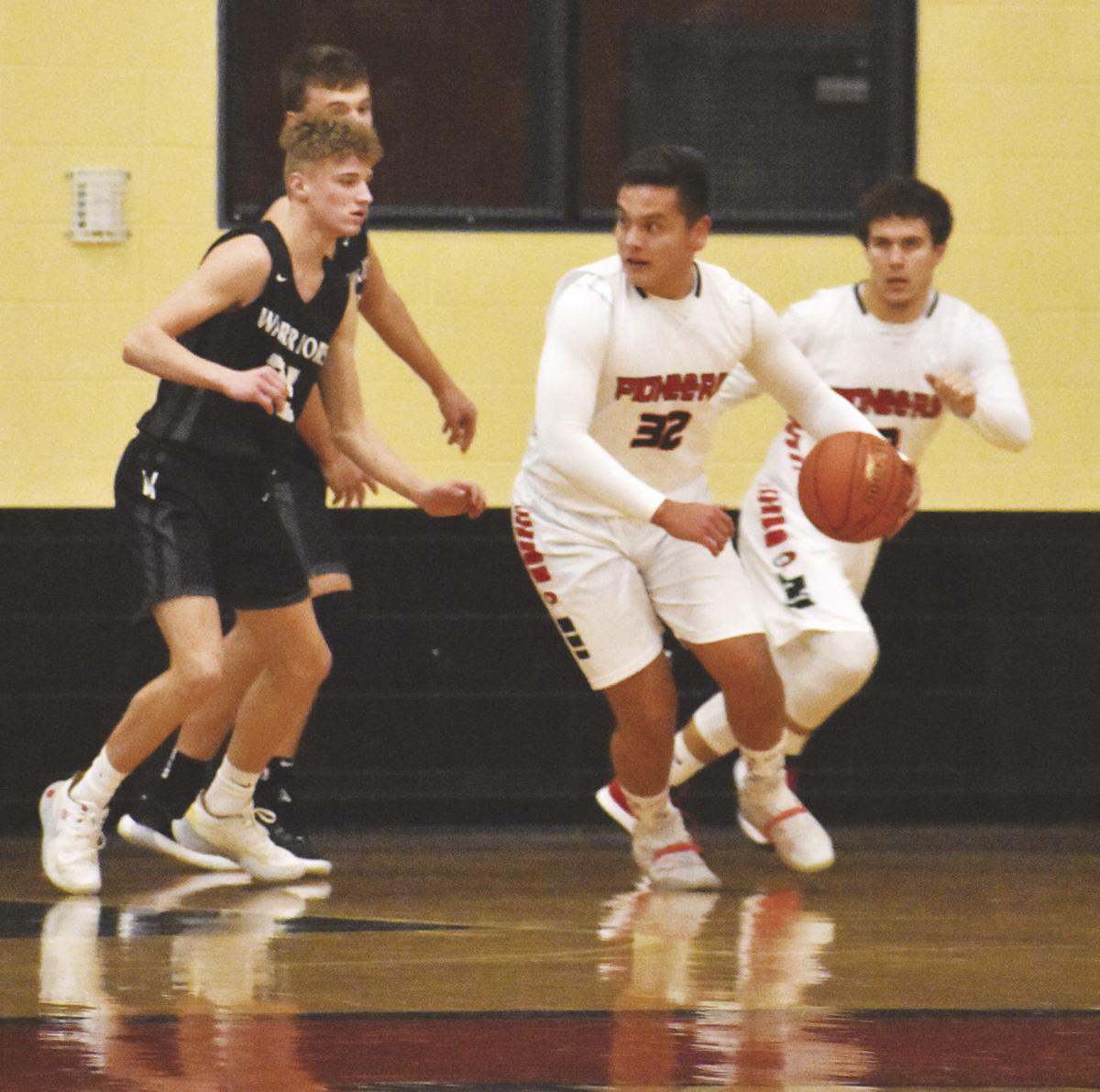 “This was a struggle,” said Omak coach Geoff Pearson. “The ACH kids came out and played really hard and disciplined. It reminded me of watching a Dick Bennett-coached game – lots of defense, contested shots, defensive rebounding and both teams working hard.

“I felt like our kids really battled, but ACH just kept us out of reach. It wasn’t until the end of the third quarter and the fourth quarter that we were able to build any momentum.”

During the fourth, Omak found some easy buckets and got its first lead with 1:20 to go in the game.

“A testament to our kids for continuing to fight, and to our second-teamers who gave great effort and minutes,” said Pearson.

Omak was led by Reilly Davis with 20 points, eight of them in the fourth quarter. Tanner Hall had eight points and two steals in the fourth and TJ Sackman had nine points and nine rebounds.

“Aaron Black gave us some great minutes off the bench in his first game back from injury,” said Pearson. “Really pleased to fight back and get the win, but we have a ton of respect for ACH – they are a well-coached, disciplined and tough team.”

Liberty Bell was on top at the half, 31-24, but the Billygoats came back in the third and fourth quarters.

Pateros struggled in the first half in getting defensive stops against Liberty Bell, said coach Marcus Stennes. In the second half, “we were able to make some adjustments and were able to get some offense going, which helped us have 22- and 20- (point) third and fourth quarters.”

The Pioneers appeared to be in control with a 30-20 halftime lead, but the Cougars fought back, cutting the lead to 40-36 after three quarters.

The teams played even in the fourth with 14 points each.

WINTHROP - Pateros fell to Bridgeport, 68-60, on Dec. 28 during the Liberty Bell Christmas Tournament.

“We came out and struggled for the second day in a row in the first half,” said Pateros coach Marcus Stennes. “Luckily, we were only down six and were able to have a decent third quarter to tie it. We battled in the fourth quarter but Bridgeport was able to make more plays down the stretch to get the win.”

“We were able to close out our break with a win over Republic,” said Pateros coach Marcus Stennes. “We did a good job in our man-to-man defense to be able to contain their shooter.”

The first quarter was fairly even, with Pateros leading 17-14. Pateros led 33-26 at the half and increased the lead to 54-34 after three periods.

“We had a big third quarter, being able to score 21 and limiting them to 8 points. This was big for our momentum and we were able to continue this for the rest of the game.”

Okanogan splits on the road

A day earlier, the team fell to Colfax, 65-53, on the Whitman County Bulldogs’ court.