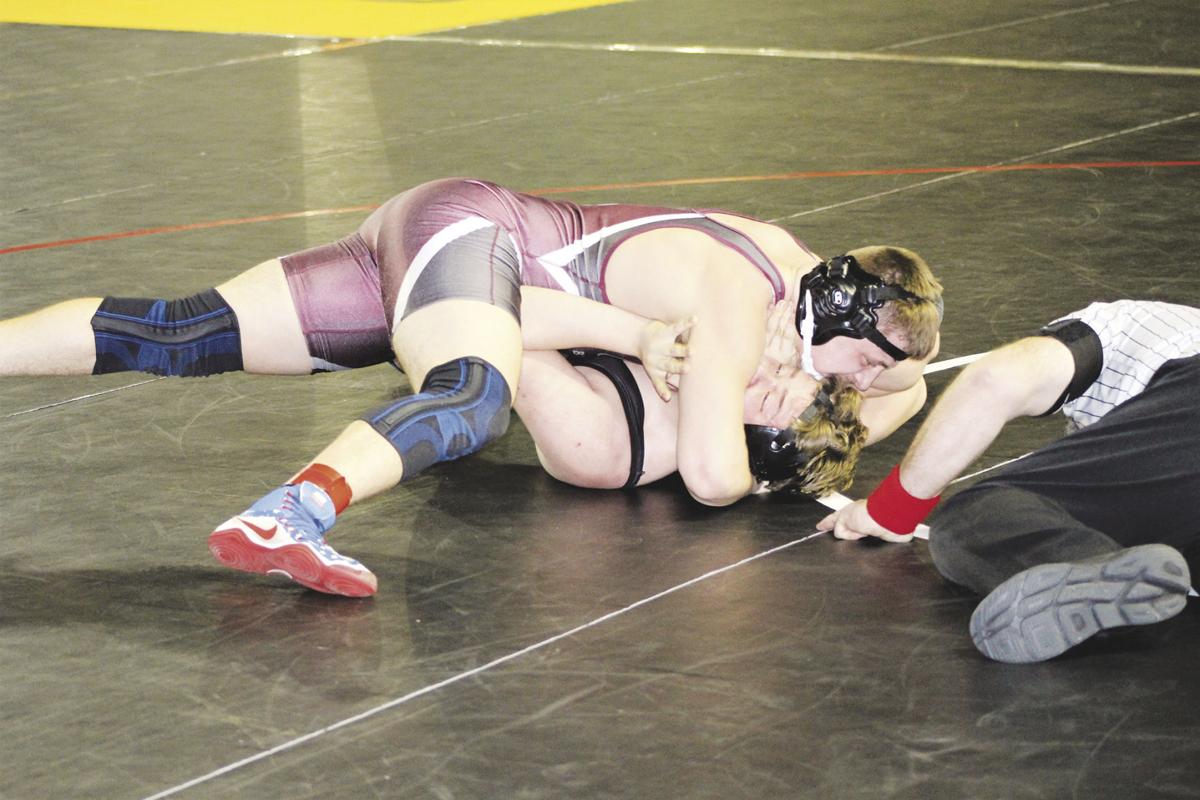 Dalton Swayze pins his opponent at the 2019 state wrestling championships. 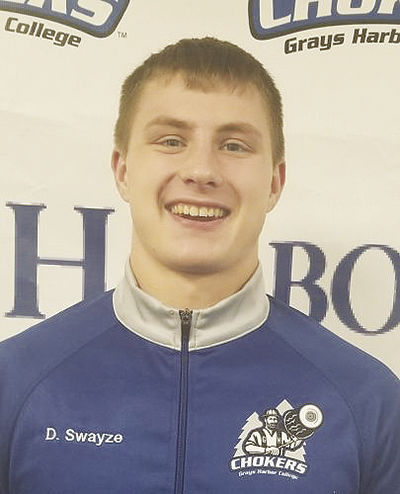 Dalton Swayze pins his opponent at the 2019 state wrestling championships.

Grays Harbor finished second in the tournament behind Liberty University.

Swayze had a 12-9 record for the regular season. He wrestles at 184 pounds, according to w.ncwa.net.

He was ranked with four stars last fall at trackwrestling.com.

He placed first at the CCC Takedown Tournament Oct. 26, 2019, and fifth at the Dec. 7 Battle of the Rockies Folkstyle Tournament. He did not place at the Clackamas Open in November nor at the Puerto Rico Open in December.

At the Shake-off the Rust Mixer on Jan. 2, Swayze had three wins. He beat his opponent by pin at the Dixie State Duals on Jan. 11 and won by decision at a dual meet with Corban University on Jan. 18.

At the NCWA National Duals on Jan. 24, Swayze lost 5-4 to Ethan Martin of Liberty. A month later, he beat Alex Stuart of Pacific Lutheran University.

During the March 1 Northwest Conference Championships, he went 1-1.