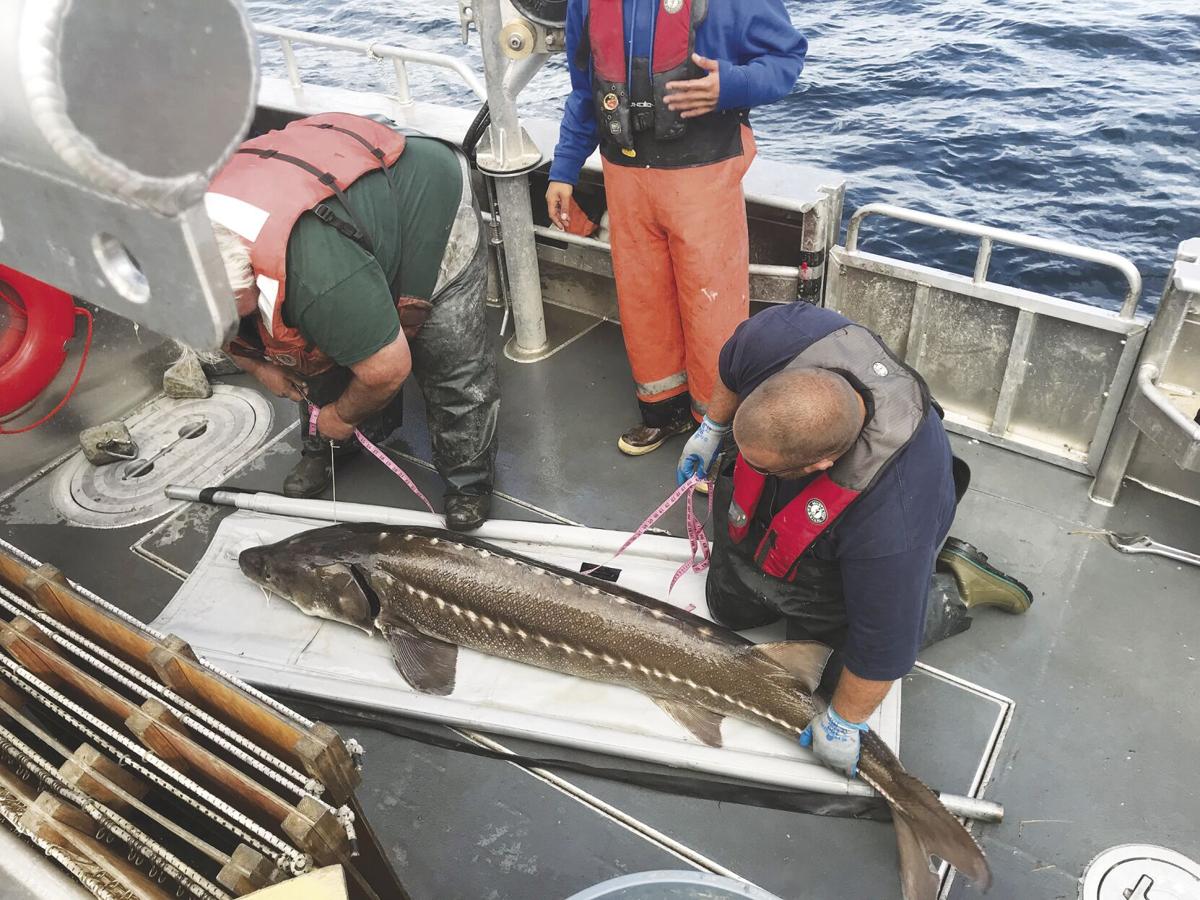 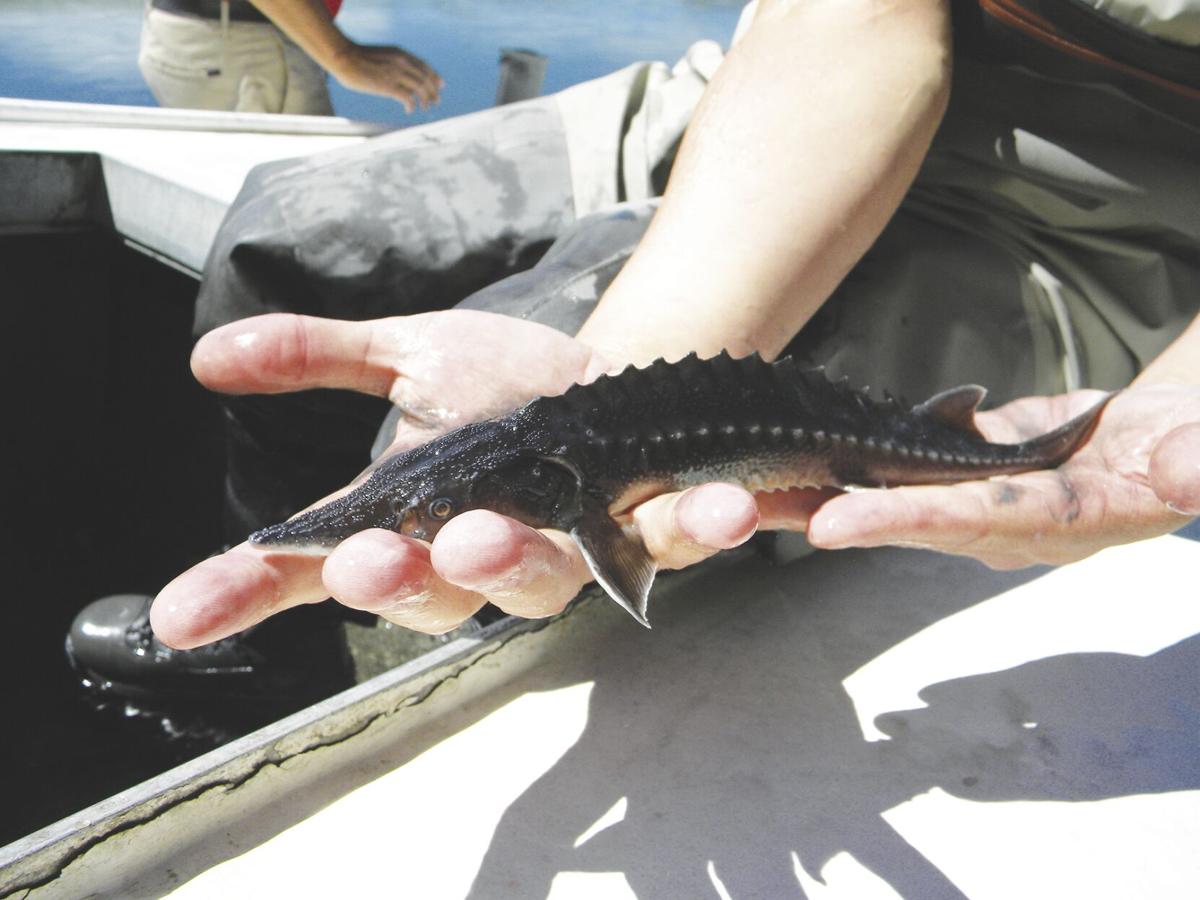 While white sturgeon can grow to mammoth sizes, they start life as little guys.

While white sturgeon can grow to mammoth sizes, they start life as little guys.

NESPELEM – Fish managers are trying to figure out why there’s been a steady decline of white sturgeon juveniles in the upper Columbia River.

“Our white sturgeon program consists of a variety of activities that we have been conducting since 2011,” said Jason McLellan, fish biologist for the Colville Confederated Tribes. “The largest component of what we do is encompassed by the white sturgeon enhancement project,” a Bonneville Power Administration-funded project that began in 2011.

Work under the project is focused on the upper Columbia white sturgeon population, which has experienced a failure of natural recruitment - production of juvenile fish - over the last 40 years.

“Our recruitment failure research has focused on drift rates of white sturgeon larvae,” said McLellan. “We have done this by modeling drift with integrated flow and drift behavior models, as well as by capturing wild-produced larvae, marking them, translocating them downstream in the river to simulate rapid drift, and then monitoring for them as older juveniles.”

From 2017- 2019, fisheries staff marked and translocated more than 80,000 larvae and continue monitoring efforts of juveniles produced from the releases, said the tribe.

Other project activities include stock assessment (population monitoring of wild and hatchery sturgeon), recruitment monitoring, and investigations into the causes of recruitment failure, such as exposure to metal contamination from smelter slag in sediment and/or increased predation.

In September, they targeted older juvenile and adult sturgeon between Gifford and the Little Dalles. This month, they plan to conduct two weeks of gill netting and trawling to see if any natural recruitment to the age-zero juvenile stage occurred in Lake Roosevelt this year.

Population monitoring, recruitment monitoring, and larvae collection for research and hatchery production is a collaborative effort involving the Colville tribe and the Spokane Tribe, in a BPA-funded Lake Roosevelt white sturgeon recovery project, and the state Department of Fish and Wildlife.

“We have divided lead responsibilities to eliminate duplication, but we pool resources to be efficient due to the size of the upper Columbia River,” said McLellan.

-Working with the state Department of Fish and Wildlife, particularly on hatchery production and the fishery for hatchery white sturgeon in Lake Roosevelt.

The tribe’s Environmental Trust Department and the Upper Columbia Trustees Council provided assistance in getting the larvae translocation work funded and implemented.

The larvae translocation study received funding from the U.S. Department of Interior National Park Service, which was facilitated by the tribe’s Environmental Trust Department and Upper Columbia River Trustees Council.